You win some, you lose some.

Did you notice that Glenn Youngkin won election as the next governor of Virginia, and Jack Ciattarelli came close to becoming the next governor of New Jersey, without plunging the country into a furor over stolen elections? In the latter race some mail-in and provisional ballots remain to be counted, and at press time the Republican candidate had not conceded. But he didn’t accuse his opponent of fraud, nor apparently expect to overtake him when all the ballots are counted.

Youngkin’s margin of victory was 2%, Ciattarelli’s margin of loss about 2.6%. These were much closer races than the overall 2020 presidential contest (where Biden won by 4.4%, more than seven million votes), though not nearly as tight as Joe Biden’s margins in the decisive and disputed states like Pennsylvania (1.2%), Georgia (0.3%), and Arizona (0.4%). Close races are presumably more tempting and easier to steal, yet neither the Republicans nor the Democrats, whether winning or losing in 2021, shouted, “Stop the Steal.”

Why not? Perhaps because state elections rarely command a party’s full, desperate attention the way national races do. Perhaps because Donald J. Trump was not on the ballot, or even invited to campaign in either state. Maybe because the political parties learned again to do their jobs, to insist on constant, two-party (not “bipartisan,” for the point is to be unashamedly partisan) monitoring of the election process from beginning to end, from voter registration to counting the ballots, so that the “steal” was never allowed to start. And finally, perhaps because vast swaths of the country, shocked at how things deteriorated between Election Day 2020 and the Capitol Hill riot, took a deep breath and tried to have a normal election.

Elections have often marked delicate moments in a democracy’s life. For all they can do to knit a country’s opinions, passions, and interests together, they expose unhealed wounds and unfond memories, too. They divide more readily than they unite, especially when the vital element of trust in election integrity has evaporated, and trust in the process cannot long survive the death of trust in the other party. They are wrong, of course, the other party, foolish, incontinent, borderline corrupt, but withal loyal in their halting way to the same country, the same Constitution. That was how most Americans used to look at the other party, whichever it was. Not so much anymore, for the sense is growing that behind the other party is another country, the vision of another constitution and way of life.

What is so troubling about the 2020 presidential election is not merely that Trump and his party accused the Democrats of stealing the election. Or that the Democrats accused him of using Russian influence and other nefarious stratagems to steal the 2016 election, to try it again in the 2020 cycle, and once more before Inauguration Day 2021. Awful as such accusations are, they pale beside the charge, hurled loudly and mutually, that the other party was planning or executing a coup d’état, that is, a sudden and presumably permanent change of regime. Stolen elections, like stolen World Series, come and go. The Astros stole one from the Dodgers in 2017, and got caught doing it. The Dodgers’ revenge was to win one, without cheating, three years later. A coup is more like a suspension of the baseball rules that would permanently lock in the Astros as Series winners.

Although the talk of coup and countercoup is loose, it could still be significant. For a parallel in American history when talk of two or more coups circulated, one could turn to Abraham Lincoln’s election and inauguration, another time of deeply divided loyalties. Then as now, such talk cannot be simply dismissed because no one can be sure how deep the fault lines go, and which are active or about to become active. Still, there was no coup even then.

The old Constitution came laden with safeguards against sudden political movements and tyrannical assaults, but that Constitution is not so healthy anymore. Separation of powers, checks and balances, and its other “auxiliary precautions” looked increasingly anachronistic and unnecessary to American progressives in the last century. Franklin Roosevelt declared that for advanced countries the threat of political tyranny had effectively been abolished. Popular will itself, coaxed along by history and hemmed in by the administrative state and its leadership elite, ought to be increasingly rational. The judiciary would deliver civil and other rights to whatever discrete and insular minorities were left behind.

Who needed limited government? By removing the old tripwires, progressives inadvertently left the system increasingly vulnerable to elite thrusts and popular parries. No wonder today’s progressives fear, and contemplate, coups. This year’s news is a welcome reminder that we’re not doomed to live among coups, that the rules of the game are still valid, and that you win some and you lose some. by Hadley Arkes
In memory of our beloved colleague, Angelo Codevilla. 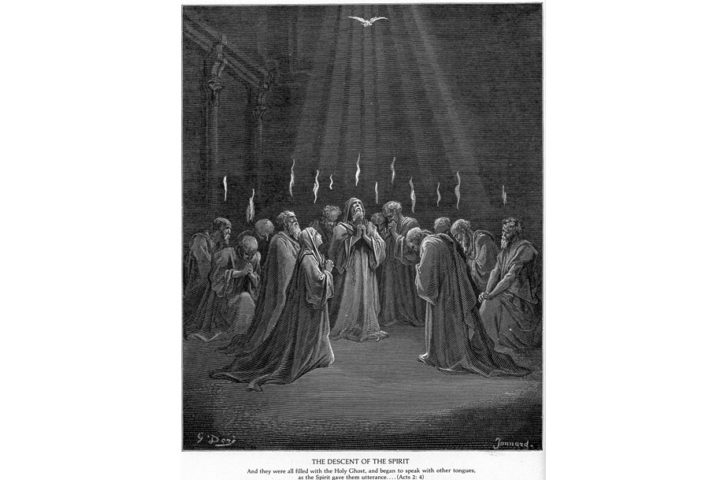 by Mark Helprin
The West takes sides against itself while aping the authoritarianism of its enemies.
View this issue