The American story of raising up the poor, our ancestors, and our fellow humans, is not close to finished.

Capitalism in America: A History

It’s good to have a cheerful economic history of the United States. Alan Greenspan, the chairman of the Federal Reserve from 1987 until his retirement in 2006, and Adrian Wooldridge, the political editor of the Economist, set out to tell the “exhilarating story” of America’s economic triumph, with a few headwinds towards the end. We know the story, or at least some comic or tragic version of it picked up from high school, college, the movies, or politics. Even the headwinds, such as the rise of entitlements and the inflexibility of the financial system, are seen as cheerfully overcome-able.

The book does the Lord’s work, though, with verve and statistics and charm. Along with a good deal of what every adult knows there are brilliant and informative riffs, by Wooldridge on Alexander Hamilton versus Jefferson (though his grasp of the Homestead Act is not so good), or Greenspan on what to do about the recent financial system (his grasp of the gold standard is not so good). Apt quotations sparkle throughout—a stylistic device that academic histories often overlook. It is very much a trade book, not a textbook, but nonetheless covers the ground. It’s a good read, in which American Republicans and British Tories will delight in, and which American leftish Democrats and British Corbynites should read for the cheerful news, but won’t.

It’s filled, for example, with engaging capsule biographies of clever and avaricious people, mainly to illustrate American innovations from Ben Franklin to Steve Jobs. Yet Greenspan and Wooldridge are judicious in blame, too, pointing for example to Thomas Edison’s misunderstanding of direct current, which for decades stopped progress in electricity. It was similar to James Watt’s Folly, which for decades stopped progress in steam engines. Both arose, it should be noted, from patents, the temporary but too-long monopolies the government grants to the clever and avaricious. And Greenspan and Wooldridge get right the egalitarian and often unpatentable sources of innovation. It didn’t take science to innovate with, say, container ships. It took enterprise, and liberal institutions letting people like Malcom McLean have a go.

Unsurprisingly, some of the most original portions of this history are on monetary affairs. Late in the book the authors dissect the ill-considered reactions to the Great Recession. (It is a pity, one could unkindly observe, that before 2007 Greenspan was not so clear-minded.) They give a capsule version of their theory of the business cycle: “People will always accumulate too much risk. Innovators will always dance with danger.” Spot on. The business cycle, replacing an earlier morass of war and famine, starts in the very late 18th century. Why is that? Because an enriching people with diverse portfolios will want to accumulate more risk; and because innovators will dance with the risk if liberalism allows them to have a go, as increasingly it did after 1800. Since then we have seen over 40 ups and downs of irrational exuberance (as one might put it) followed by excessive pessimism, albeit with the subsequent up always higher than the last one. Up, up, up is not merely irrational cheer on the part of Greenspan and Wooldridge. It is, as they argue, the great fact of the economy since 1800.

The book insists on the good news, and backs it up with statistics. On Social Security: “Retirement had been transformed from a brief stay in death’s waiting room…into a new stage of life devoted almost entirely to golf.” On child mortality—which the late statistician Hans Rosling argued is the best summary figure of a country’s progress—Greenspan and Wooldridge note that in 1900 one in ten American children died before reaching age one. Now it is down to one in 150, though higher in the U.S. than in many other rich countries.

Their story plays throughout on the phrase of German economist Werner Sombart—made famous by Joseph Schumpeter—that capitalism succeeds through “creative destruction.” Our friends on the Left read that as: capitalism creates riches by destroying workers or the Third World or the environment.

The usual reply on the Right, and by Greenspan and Wooldridge, is like the bourgeois who replied to Friedrich Engels’s lament about the condition of the working class in England: “And yet a great deal of money is made here. Good day, sir.” And a great deal it was. The Great Enrichment after 1800 was unique, an enrichment of the poorest among us not by 100% or even 200%, but in places like Japan and Finland by fully 3,000%, and even by 1,500% in the American colonies already in the 18th century.

Yet Greenspan and Wooldridge pull their beards wisely over “those left behind” by capitalism. “The ‘perennial gale’ of creative destruction,” they write, “thus encounters a ‘perennial gale’ of political opposition.” Yes, as is evident in populist promises to bring back West Virginia coal mining and Hungarian agriculture. But it is progress that is the problem, not capitalism. If we want the poor to be better off, we want progress, and therefore “destruction.” An ideal central planner would do exactly the same things—e.g., by way of closing West Virginia coal mines or driving Hungarian farmers out of business—that an ideal market “capitalism” would do. If an activity is unprofitable it should be destroyed, to make way for creation and human progress.

The problem is that Schumpeter and, it must be admitted, most students of the matter from Karl Marx down to Fernand Braudel and David Harvey have believed—despite the evidence—that “capitalism” is a new phenomenon, and therefore that markets and bankers should be blamed for the disturbances of progress. It ain’t so. Homo erectus accumulated Acheulean hand axes by the hundreds in each campsite, the Romans accumulated their roads, the Chinese their (ineffective) wall. Nor is finance or capital markets or specialization new. The ancient Athenians borrowed from banks, the ancient Romans and Chinese elaborately specialized, and English peasants in the 13th century traded land with each other with alacrity.

What matters for progress—never mind capitalism—is encouragement to innovation. Though one would have liked in the book a little more attention to the birth of liberalism in Holland and especially Britain, America is indeed exceptional. And the success of government of the people, by the people, for the people, and for their pursuit of happiness, was certainly crucial to the Great Enrichment worldwide. But it was ideas and the openness to innovation—what people believed and lived—not money and banking, that mattered most. Alexis de Tocqueville said that Americans “put something heroic into their way of trading.” The truth of that is visible even in recent movies about modern-day entrepreneurs Ray Kroc (The Founder, 2016) and Joy Mangano (Joy, 2015), which show them warts and all.

The big threat is the rise of a socialist ideology, which we can see nowadays in the fatuity of young people urging us to “try socialism.” If the word is defined properly as regulation by government against the free action of individuals, the past 80 years have seen a steady drift. Greenspan and Wooldridge note that in 1950 only one out of 20 jobs required a government-issued license. By 2016 three out of ten did: “florists, handymen, wrestlers, tour guides, frozen-dessert sellers, secondhand booksellers, and interior decorators”—the last requiring in Florida a college degree and two-year apprenticeship. The plague of “ill-considered regulations” out of the illiberal U.S. liberalism of the 20th century yields in the book some very good pages, such as the authors’ riff on the 2010 Dodd-Frank regulation of financial institutions. Greenspan proposes instead that the investment houses simply be made to keep some skin in their games.

Franklin Roosevelt said in a Fireside Chat in September 1934: “[T]he old reliance upon the free action of individual wills appears quite inadequate…. [T]he intervention of that organized control which we call government seems necessary.” The evidence even then was to the contrary, despite the sickening fall from 1929 worsened by the fetish for gold. The free action of individual wills in the century-and-a-half preceding 1929 had increased real income per head in the United States by a factor of four. In the 80 years that followed, it increased it again by a factor of six. Fantasies of “the entrepreneurial state” to the contrary, enrichment of the poor was produced by human action in aid of innovation.

In short, Greenspan and Wooldridge have written a charming, interesting, accurate book. True, one can complain about this or that. They participate early and late in the cant about American “dominance” declining, the horserace metaphor that dominates the pages of Foreign Affairs. It has no connection to their subject: the prosperity of the economy. Worse, they accept the myth of a recent “prolonged economic stagnation.” Robert Gordon’s The Rise and Fall of American Growth (2016) gets the second most citations in the book, extracted mainly from the sensible “rise” part of his book. But they also accept the erroneous “fall” part, namely, the belief that—as another gloomster, Tyler Cowen of George Mason University, puts it—average is over. It is not, though people simply love to be told that the end is nigh. In fact, real income even in the already rich United States has continued to go up, up, up, and even for the poorest, especially if one allows for the sharply increasing quality of everything from cell phones and automobiles to medical care and airline connections. And China and India, and most of the world as Rosling argued, are enriching in such a way that we can expect a doubling of income in each long generation well into the next century. Out of China and India already the innovators are pouring, to our benefit.

So cheer up. The end is not near. The American story of raising up the poor, our ancestors, and our fellow humans, is not close to finished.

Deirdre N. McCloskey teaches economics, history, English, and communication at the University of Illinois at Chicago and economic history at Gothenburg University in Sweden. Her latest book, Bourgeois Dignity: Why... read more 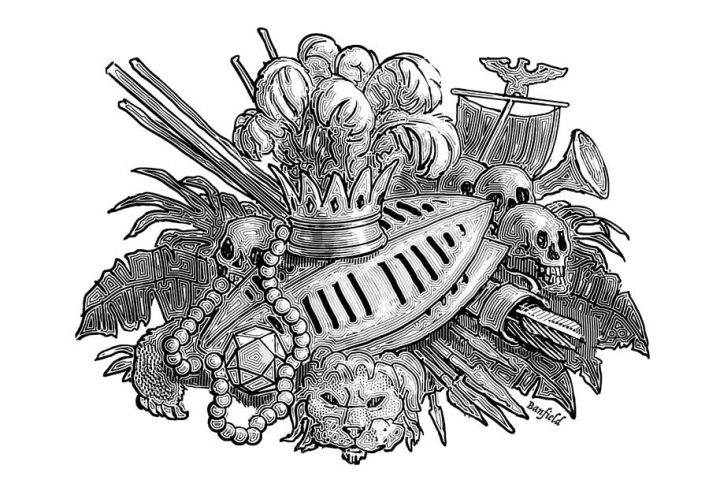 by Matthew Parks
If Clay, Calhoun, and Webster were the founders’ heirs, what did they inherit? by David Gelernter
A fond farewell to a brilliant and beautiful theory.
View this issue