Return of the Somewheres Who Rules?: Sovereignty, Nationalism, and the Fate of Freedom in the Twenty-First Century

It is also a political question, one that raises the fundamental issue of sovereignty, which has both international and intra-national implications. It presupposes that men belong to, and constitute, nations. Those committed to the idea that sovereignty is legitimate believe, further, that the plurality of all such nations, and the particularity of each, is an anthropological fact, not a historical phase. Americans, for example, constituted “one people,” according to the Declaration of Independence, which both required separating from another people, the British, and took for granted that they were already distinct from all other peoples, such as the Chinese or Spaniards.

Once a nation’s identity and independence are established, the intra-national question about sovereignty becomes who among its people will wield governmental power. Aristotle taught that the alternatives were rule by the one, the few, or the many. In holding that governments “derive their just powers from the consent of the governed,” the Declaration set a standard that rendered any regime but a republican one all but illegitimate. (We can imagine an elected dictator or aristocracy, but they will resemble the monarchs and noblemen of humanity’s past only if “consent” is twisted to mean one man, one vote, once, as William F. Buckley, Jr., used to say. Otherwise, a dictator who can be voted out of office is not really a dictator.)

These ancient questions have been made salient in the 21st century by the rise of nationalism, which reflects the international aspect of sovereignty, and populism, which goes to the heart of the intra-national aspect. Of particular importance to the contributors to this book is the belief that nationalism and populism have become intertwined in response to our era’s prevailing policies and beliefs. One contributor, the Hudson Institute’s John Fonte, says that “transnational progressivism” is the best name for the ideology which posits that: a) nations are neither particularly important nor respectable; and that b) popular consent to governing policies is of far less value than securing experts’ authorship and approval. He calls attention to the Brookings Institution’s Robert Kagan, who asserted in 2008 that America “should not oppose but welcome a world of pooled and diminished national sovereignty.” In such a world, according to Fonte, political power is steadily transferred “from democratic nations to supranational authorities and institutions,” such as the European Union or World Bank.

“The question of sovereignty—of who governs—is at the center of all contemporary populist initiatives,” Kimball writes in his introduction. He singles out President Donald Trump’s 2017 speech to the United Nations’ General Assembly, which defended the principle of national sovereignty: “I will always put America first, just like you, as the leaders of your countries will always, and should always, put your countries first.” The rejection of Trump’s speech was of a piece with the rejection of Trump’s supporters. As Kimball notes, “Populism…is wielded less as a descriptive than as a delegitimizing term.”

Part of the problem is the understanding of what constitutes a country. “One view,” writes Kimball, “sees the world as a collection of independent sovereign countries that, although interacting with one another, regard the care, safety, and prosperity of their own citizens as their first obligation.” For transnational progressives, a country should not have any sense of cohesive identity, and the idea of citizenship is loose and unattached to any national history and meaning.

It goes against America’s self-understanding to be ruled by those in a position to be indifferent to our consent. But “Don’t Tread on Me” is not universal, and may not be permanent even in the United States. In his contribution to Who Rules?, “Suicide by Ideology,” Modern Age editor Daniel McCarthy points out that “a civilization entering a decadent phase may also give rise to a universal state and a universal religion.” But to what end? Any talk of universalism inevitably falls into totalitarianism. To build some kind of utopia always requires sacrifices that are forced upon people. The “question of sovereignty,” Kimball writes, “stands behind the rebellion against the political correctness and moral meddlesomeness” of totalitarian bureaucracy.

There is, however, one heartening aspect of this problem: the reality that human beings are not categories, and never will be. McCarthy makes an important point that “the West became psychologically imbalanced, with one set of emotions and personality types predominating. Real human beings are never simply one type or another.” Transnational progressivism not only forces people into meaningless and dehumanizing boxes, but also thrives on the idea of sameness. If only we were all the same, we would have the perfect society, some proclaim. This is a foolish and a depressing idea. If every human being is not in possession of his sovereign self and if every country is not existentially and politically powered by its sovereignty, then how can we expect to have a flourishing society? The difference lies precisely in the differences between people, and tyrannical ideology will never extinguish the stubborn singularity of the human spirit.

Emina Melonic is a writer and critic living near Buffalo, New York. by Harvey C. Mansfield
Family life today is threatened by a theoretical proposition.

They’re Not Lovin’ It 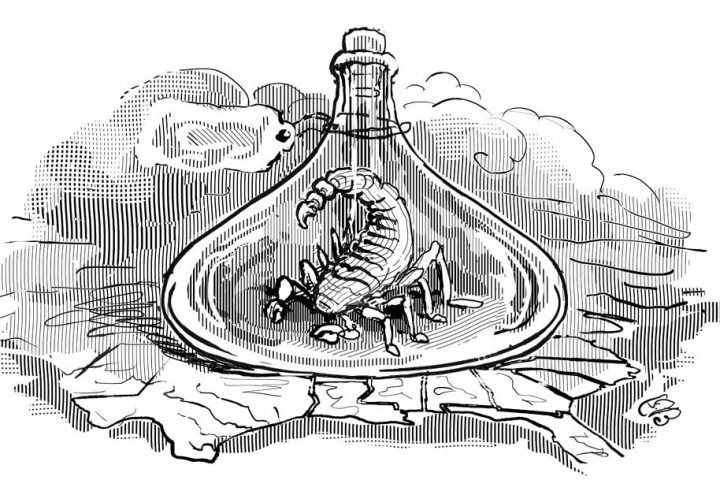 by Allen C. Guelzo
Abraham Lincoln and the anti-slavery movement.
View this issue