Contrary to the caricatures of King George III in American popular culture, he was neither ignorant nor tyrannical. The Last King of America: The Misunderstood Reign of George III

George III, the king who lost his North American empire to the American Revolution, has always had a bad press in the United States. The show-stopping portrayal of George as at once a comic and sinister character in Lin-Manuel Miranda’s Hamilton: An American Musical, is perhaps the most memorable recent slander of America’s last king. But that is just one among many such libels, writes Andrew Roberts, the celebrated British historian and author of well-received biographies of Churchill and Napoleon. In The Last King of America: The Misunderstood Reign of George III, he laments that hardly a day passes without some publication in the United States holding up George III as a “power-mad little petty tyrant” who should be both hated and feared.

The many caricatures and censures of King George in the American press are popular legacies of the Declaration of Independence, which condemned him as “a Prince, whose character is thus marked by every act which may define a Tyrant,” and someone “unfit to be the ruler of a free people.” They do not, however, represent modern scholarly opinion. Ever since the 20th-century studies by Sir Lewis Namier and his followers, most scholars ceased believing that George was an ignorant fool bent on subverting the constitution to become an arbitrary Stuart-like ruler. Deciding to ignore this scholarly opinion, Roberts uses the popular American indictments of George to justify the writing of his book. In the end, though, he transcends his aim. Instead of merely refuting the falsehoods about America’s last king, he presents a very detailed account of George’s reign, concentrating on the early decades involving the breakup of the empire. In its length and fullness, this scholarly work seems more suitable for academic readers than for those who persist in caricaturing George as an ignorant fool and tyrant.

As Roberts reveals, George was neither ignorant nor tyrannical. In fact, he was one of the most enlightened and cultivated monarchs Britain ever had. He read widely, knew several languages, and received a good classical education. He was fascinated with science, architecture, and painting; patronized musicians and artists; and founded the Royal Academy. There was nothing he wanted more for his people than life, liberty, and the pursuit of happiness.

Still, he was a very different kind of monarch from George I and George II, his great-grandfather and grandfather, the first Hanoverian kings. Though we can readily pity all those Americans who today indict George for being ignorant and tyrannical, what about the king’s many contemporaries, including intelligent men like Edmund Burke, who also suspected that George was up to no good and in fact trying to bring back a Stuart-like tyranny? Roberts never asks why George’s behavior in the 1760s and ’70s was so misinterpreted, why so many Englishmen at the time mistakenly thought he was trying to enhance his prerogative powers and change the English constitution. Because so many of his fellow Englishmen misunderstood what King George was doing, perhaps the American revolutionaries may be forgiven for calling him a tyrant. Roberts may tell us now that George “was not seeking to extend British power in America, let alone tyrannize his subjects there.” But people back then didn’t have access to the 200,000 pages of Georgian documents that Queen Elizabeth II recently released for publication.

George inherited a difficult situation, but also created many of his own problems. In 1760 he succeeded to the throne of Great Britain at age 22, naïvely hoping to purify the country of corruption and launch a new era of virtue. Instead, he unsettled British politics at the very moment his governments were trying to tighten up the newly enlarged empire and extract funds from the North Americans, who presumably had benefited from the success of the Seven Years’ War. Unlike George I and George II, George III was thoroughly English and a great believer in English liberty. Indeed, King George and nearly all the elite politicians around him concentrated most of their attention on England at the expense of other parts of the realm and empire—Scotland, Ireland, Wales, and North America. In 1972 Prince Charles lamented that George never undertook a royal tour of America; if he had, the colonists might have understood him better.

Although George intended to assert his rightful prerogatives as king—unlike his Hanoverian predecessors who ceded much of their authority to the Whig oligarchs responsible for ousting the Stuarts and paving the way for Hanoverian rule—he had no intention of violating the English constitution, which he always celebrated. Roberts declares that there is no evidence in all the vast collection of George’s papers of his arrogating power to himself. And the reason the evidence is not there, he says, is because “the King was not attempting relentlessly ‘to raise the standard of prerogative,’ but was a monarch who understood his extensive rights and duties under the Constitution.”

But Roberts doesn’t seem to appreciate the extent to which the constitution was in flux. Neither George nor any of the British politicians clearly understood what was happening as Britain gradually stumbled its way into the system of responsible cabinet government of the 19th century. As late as 1838 Lord Melbourne was still trying to convince the young Queen Victoria that she couldn’t appoint whom she wanted as her government’s ministers. Similarly, George hated most of the aristocratic politicians available for office and naturally wanted to appoint those few he liked to be his ministers, regardless of their support in Parliament. But in the wrangling that followed he stepped on many toes and violated practices and conventions that had developed over the previous generation.

He raised eyebrows and caused head-shaking bewilderment everywhere. George expelled the old Whig oligarchs from government while bringing Tories, whom the Whigs had long proscribed from office, back to the Court. He also appointed his former tutor and “dearest friend,” Lord Bute, as prime minister, a man with virtually no influence in Parliament. Bute lasted one year, and each of his successors had similarly short terms. During George’s first 11 years, he had no fewer than seven different prime ministers. It was, as Roberts admits, a “period of endemic factionalism and political strife,” perhaps aggravated by the king’s bouts with “recurrent manic-depressive psychosis”—not porphyria, as we used to think, and as depicted in Alan Bennett’s memorable play, The Madness of George III (1991), later made into a movie. Not until George appointed Lord North as prime minister in 1770 did he find a political figure whom he liked and who commanded solid support in Parliament.

George’s attempt to rule with a series of ministries that did not have strong support in Parliament seriously disrupted British politics, as revealed most obviously in the extraordinary turnover of offices. Between 1761 and 1768, seven different individuals served as secretary of state for the Southern Department responsible for the North American colonies. (Notably, each secretary was appointed and dismissed for reasons unrelated to American affairs.) In the three decades before George’s accession to the throne, the Board of Trade had only four presidents; between 1761 and 1766, it had seven. Although George’s efforts to be a real king created political confusion and chaos, Roberts manages to defend him at almost every turn, forgetting that people in the past did not have the knowledge of George’s motives that he possesses. Of course, he concedes, there were many times when the king didn’t agree with his ministers and maneuvered to oust them. But this was “because George saw himself as the ultimate custodian of the national interest, which could not always be entrusted to factional politicians whom he saw as always to some extent out for themselves, while he himself reliably was not.”

Neither King George nor his ministers understood the character and scale of American opposition to Britain’s imperial policies. How could they, since they had hitherto paid so little attention to North America? They believed that the disturbances in the colonies were the work of a small minority of hotheads, confined mostly to Massachusetts, and that resistance would collapse with a show of force. “Not until Appeasement in the 1930s,” says Roberts, “did virtually the entire British establishment get something so important so badly wrong.” It was impossible for the British government to allow the 13 colonies to become independent without a struggle. When France intervened in the conflict in 1778 it became a vastly different war, prompting Britain, out of desperation, to offer the colonists everything they had wanted in 1775—except independence. But it was too late.

In the end Andrew Roberts suggests that there was little George III or anyone else could have done to prevent the loss of the North American colonies. The Americans, he argues, had achieved such a level of “political maturity” that given the opportunity for independence, they would seize it. King George, he claims, saw the essential truth of the matter: “that taxation was the excuse, but not the underlying reason” for the Revolution. That dubious conclusion lets everyone off the hook.

Gordon S. Wood is Alva O. Way University Professor and Professor of History Emeritus at Brown University and the author, most recently, of Power and Liberty: Constitutionalism in the American... read more 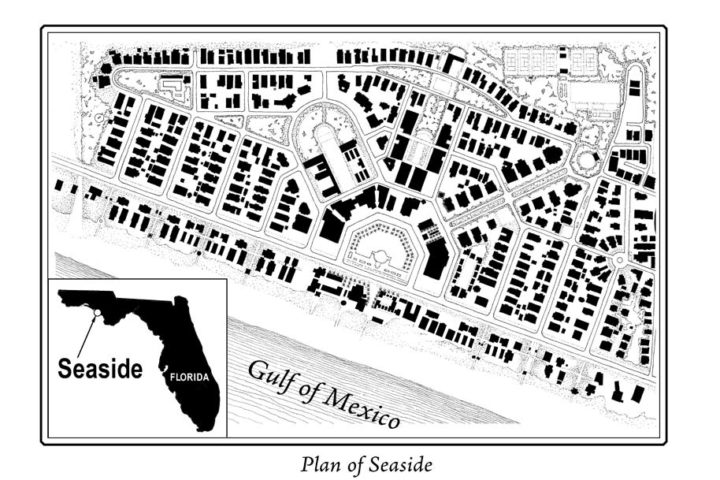