A review of Conserving Liberty, by Mark Blitz

A review of Conserving Liberty

A professor of political philosophy and the director of the Henry Salvatori Center at Claremont McKenna College, Blitz points out that just as contemporary American conservatism differs from European conservatism, it differs, too, from contemporary liberalism with its "affirmative action, gender politics, and ethnic spoils and sensitivities that affirm such groups." American conservatives believe in equality, to be sure, but theirs is the God-given equality of the Declaration of Independence, not the equality of results or the "equality"—based moral relativism promoted by many contemporary liberals.

Although the book's title might sound like a brief for libertarianism, Blitz quickly sets the reader straight. It is not that he opts for "big government conservatism," but rather that he recognizes that liberty is valuable not so much for its own sake as for the sake of something larger, namely, human excellence or human flourishing. And he understands that liberty is sustained—if it is sustained at all—by virtues that themselves must be transmitted by healthy institutions of civil society, beginning with the marriage-based family and communities of religious faith.

And so Conserving Liberty is divided into four chapters: (1) "Conserving Natural Rights"; (2) "Conserving Virtue"; (3) "Conserving Excellence"; and (4) "Conserving Self-Government." When we understand conservatism as conserving these ends, in part because—but not merely because—they serve and support liberty, we begin to see how and why conservatism today, far more than liberalism, stands not only for liberty, but also for "good character, strong families, the worth of religion, economic growth, limited government, and vigorous national defense."

As Blitz observes, there is no reason in principle why contemporary liberalism could not prize the same purposes, but today's liberals have chosen a different path. Thus, the division between conservatives and liberals has become a contest of worldviews, of principles; it is no longer—if it ever was—merely a difference about the best means for achieving agreed upon ends.

Even those like me who have long admired Mark Blitz's scholarship will marvel, as I do, at his achievement in Conserving Liberty. How on earth did he manage to pack such an enormous amount of moral and political wisdom into a mere 132 pages? The book explains and brilliantly defends the full-blooded conservatism that contemporary adherents (and their liberal critics) associate with Ronald Reagan—a conservatism that is robust in its faith in limited government, the rule of law, the market economy, traditional moral virtues, flourishing institutions of civil society, a strong national defense, and the right of people to govern themselves by the principles and institutions of constitutional democracy (or what the founders and Lincoln referred to as "republican government").

Some have labeled conservatism of this sort a "three-legged stool"—the "legs" being economic freedom, morality, and national defense. This metaphor is misleading, however. These dimensions of contemporary American conservatism are connected to each other in ways that are not well represented by the image of separate legs. They derive from the same fundamental moral-political principles, beginning with the principle of the profound, inherent, and equal dignity of each and every member of the human family, as a creature made in the image and likeness of God. Thus, respect for religious, economic, and political liberty, for example, and for human life in all stages and conditions (including the life of the child in the womb), and for marriage and the family as institutions essential to the well-being of all, as well as the obligation of government to provide security against domestic criminals and foreign enemies, all have the same basic ground.

One of Conserving Liberty's great virtues is its appreciation and lucid explanation of the connectedness of the elements of contemporary American conservatism. Blitz understands, for example, why economic conservatives should also be social conservatives, and vice versa. This in itself is a laudable contribution to the growing body of literature devoted to the question of what it means to be a "conservative" today.

Robert P. George is McCormick Professor of Jurisprudence at Princeton University and the director of the James Madison Program in American Ideals and Institutions. Have a Nice Millennium

by Craig S. Lerner
A review of The Better Angels of Our Nature: Why Violence Has Declined, by Steven Pinker by James Q. Wilson
A review of Left Turn: How Liberal Media Bias Distorts the American Mind, by Tim Groseclose 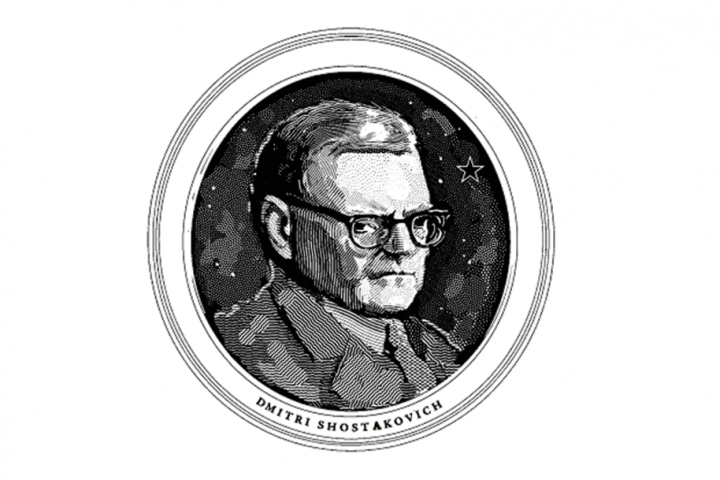 by Robert R. Reilly
A review of Music for Silenced Voices: Shostakovich and His Fifteen Quartets, by Wendy Lesser
View this issue