Spring 2020 From the Editor's Desk

How much liberty are Americans prepared to renounce, or defer, in this moment?

If it goes on long enough, a crisis generates its own clichés. Sometimes, as in the current coronavirus crisis, these are cant words drawn from a specialized discipline or body of knowledge like public health. “Flattening the curve” is one of those already. Ditto, “social distancing” and “stay-at-home orders.”

The difference between respirators and ventilators was not apparent to the amateur, but we veterans of the COVID-19 wars know to don a respirator lest we end up on a ventilator. My own special contribution to the war effort has been to call for a new cocktail called the Ventilator, the drink we desperately need to survive these hard times. After just one, you’ll breathe a lot easier, etc. I have only the name, not the formula for this life-giving beverage. To select its ingredients we shall need a national competition…which will give us all something to do during our home confinement.

Of all our pandemic clichés, the most insidious is “out of an abundance of caution.” This is the excuse for everything from journalists “reporting” from their living room, to state and local governments shutting down the “non-essential” private economy. Funny how so many government jobs turn out to be essential. A modicum of caution doesn’t cut it anymore. It’s abundance or nothing.

A woman professor who’s a friend of mine, an expert on American political thought, wonders if our caution so far has been abundant enough. Masks and gloves are a good start, but don’t they leave rather a lot of skin still exposed to the virus? And does not exposed skin often lead to thoughts of social interaction, especially by couples, at much less than the prescribed six feet of minimally safe social distance? Her solution: the corona-burka, which will sheathe women, and in our enlightened times, men too, from head to toe in fabric impermeable to the virus and to vice, too.

By the standard of an abundance of caution, why not the corona-burka? It goes too far, I admit, but we are supposedly at war—or the moral equivalent of war—and war drives us often to do things we would never do in peacetime.

Plus, from an earlier war, we have long experience with an enormously expensive and intrusive, thoroughly ineffective and unpopular system of protection, constructed in a panic and out of an abundance of caution. I mean the war on terror, which bequeathed us the Transportation Security Administration, hastily erected after 9/11 to prevent another terrorist contagion from erupting in our airplanes and airports. In its almost two-decade history, how many terrorists has it caught? Zero. I suppose it may hold a perfect record for intimidating evil-doers: not one dares even think about committing an act of terrorism. Few Americans who’ve waited in line at airport security would recognize that TSA, though.

But we grew inured to it, and here the TSA is almost 20 years later, still patting down grandmothers. The alternative to it would have focused on screening fewer people more intensively—profiling, as we’ve learned to call it, suspicious travelers. In an age of identity politics and political correctness, that was a bridge too far.

We may be confronting something similar now. The coronavirus wrong-footed us, erupting before the authorities could do contact tracing and isolate those who had come down with it; and so we stumbled into the mass lockdowns and the economic shutdown. Could it be, however, that Americans so fear stigmatizing and offending a discrete and insular minority that we now prefer these mass, undiscriminating remedies, despite their enormously greater economic pain and interference with daily life?

Even narrowly tailored quarantines, after all, could affect Chinese travelers, or Iranian Americans, or asylum seekers, or homeless people, or nursing home residents, disproportionately, which would imply or risk “discrimination.” For some of our cognoscenti, the cure, no matter how draconian, is never worse than the disease if the disease is discrimination.

The disease most of us are worried about now is COVID-19. It is a bad one, but the question is how bad, and what are the costs of the way we’re fighting it. Impatience with the broad shutdowns and depression-level unemployment is mounting. There are other risks, too.

The decrees of mayors, governors, and public health officers are being treated as laws, though no legislatures have enacted them nor courts reviewed them. And the longer this emergency goes on, the larger the question of its enforcement will loom. How much personal liberty, due process of law, freedom of association and movement, and constitutional restraint on government are Americans prepared to renounce, or defer, in this moment?

One word that has been in no danger of turning into a cliché is “liberty.” So far in this crisis American liberty may be the only thing about which there has not been an abundance of caution. 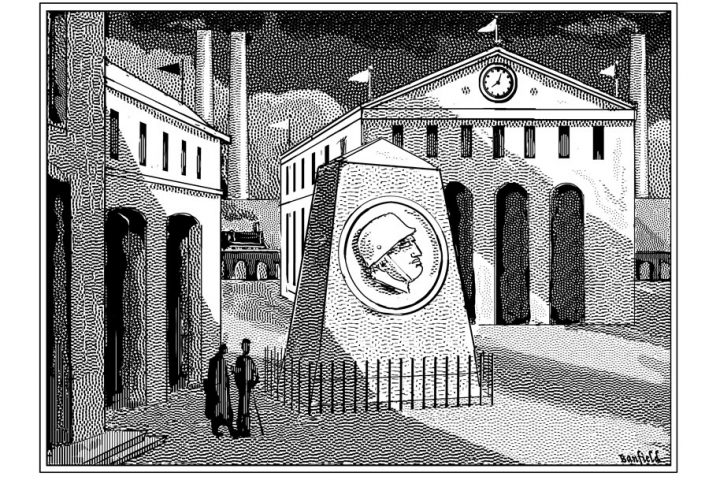 by Angelo M. Codevilla
From movement to epithet. by Amy L. Wax
What's the matter with meritocracy? Just about everything.
View this issue