Excepting only the New Testament itself, the most illustrious work ever penned by a Christian author is surely Augustine’s Confessions. The first nine books are its most popular, memorably telling the tale Christians have always loved best: sin leading to conversion and then redemption—the tale of the prodigal son. What makes Augustine’s version so original, however, is that the conversion and redemption part of his story leans heavily on the not-always-so-pious passion, philosophy.

He divides his massive book into six parts and 43 chapters, but it is simpler to say that Augustine: Conversions to Confessions is divided into two parts that are distinguished according to the surviving historical sources that must be employed for each. First, Lane Fox must write about the period from Augustine’s birth up to 387, the year of his baptism by Ambrose, bishop of Milan, and the death of Monica, his mother, in Ostia. Ignoring for a moment the important exceptions to be discussed below, none of Augustine’s own writing from those 33 years survives. The biographer is forced to rely on Augustine’s memories of those early years as they are selectively remembered in 397 in the Confessions. Doing his best to round out the story from other sources, Lane Fox emphasizes Manicheanism—that strange, dualistic, anti-Jewish sect claiming to be the true Christian faith founded by Mani, the embodiment of the Holy Spirit. Although it is often debated just how well versed Augustine was in this cult since he was only a “Hearer” rather than one of its “Elect,” Lane Fox’s conclusion is that Augustine knew rather more than less.

The second task of the biographer is to study the years from 387 to 397, from Augustine’s baptism to the writing of the Confessions. The historical sources are now the opposite of what they were for the first task, for the narrative of the first nine books of the Confessions breaks off after the events of 387, but Augustine’s writings from the subsequent years are extant. These include dialogues, commentaries on Scripture, letters, and—after his ordination as a priest in 391 and then bishop in 395—sermons. Lane Fox’s treatment of these years stresses that Augustine was living as a monk, first in his hometown of Thagaste and then in Hippo. His first love was the contemplative life, inspired by philosophy and faith, and he felt the demands of the active life of the priesthood to be an imposition.

This twofold division is subject to one major qualification, for there is a very important year of Augustine’s life for which we have both contemporary literary evidence and a retrospective treatment in the Confessions. In 386, while practicing and teaching rhetoric through the imperial court, Augustine read “the platonic books” (he doesn’t specify which ones, though most scholars think they were the works of Plotinus and Porphyry). These books, he says, enabled him to recognize the Manicheans’ essential error of ontological materialism, thus paving the way for intellectually resolving the problem of evil and seeking Christian baptism at Easter in 387. In the months between his first encounter with Platonism and his baptism, Augustine withdrew from Milan to a villa in the countryside at Cassiciacum. He wrote four dialogues there, but they are in the style of Cicero and contain much more Platonism than they do Christianity, at least on the surface. This seeming discrepancy between Augustine’s own writings at the time of his conversion and baptism and his retrospective treatment of that period of his life ten years later in the Confessions has dominated scholarly debate for the past century, even leading some to conclude that in 386 Augustine converted to Platonism and only later to Christianity. Since the debate has been a spur to scholarship, today we now know a great deal more than previously about the Milanese Platonism circulating among the people surrounding Ambrose.

Lane Fox’s treatment of the circle of Milan and the question of Augustine’s struggle between the attractions of Platonism and Christianity is measured. He emphasizes that Augustine, especially under the new pressures brought about by his unwanted ordination to the priesthood, undertook greater study of the Bible during the years 391 to 397, but he sees no radical discontinuity in Augustine’s basic orientation. His conversions (to philosophy, to Manicheanism and back, and to celibacy), were completed in 386-87; after that, he turned toward confessing.

There is much to appreciate in Augustine: Conversions to Confessions. Lane Fox is a gifted stylist, and he writes for non-specialists in a way that is very engaging. Most importantly, he makes one want to read the Confessions, as well as Augustine’s other early writings, again and again. The author’s treatment of the second of the three biographical tasks explained above is probably the most valuable part of the work. Augustine’s writings from 387 to 397 are divergent in tone, tenor, and genre, and it isn’t easy to understand how they once fit together in the mind of the nascent monk turned priest turned bishop. Lane Fox is able to connect the disparate dots in order to construct an intellectual narrative that seems at least probable.

At least three criticisms can also be made, the first of which is that the book is overly concerned with sex. To be sure, Augustine himself gives Lane Fox plenty of opportunities to discuss the subject, but even in confessing his sexual sins, Augustine usually spares us the details, a delicacy that Lane Fox doesn’t imitate. The acerbic and prickly Garry Wills has especially attacked the book in the New York Review of Books on this score; Wills is particularly exercised by Lane Fox’s overdone emphasis upon the Manichean cultic sex act that resulted in the production of “semen bread.” But even if we overlook this issue, which Wills seizes upon rather singularly, it is hard to get past Lane Fox’s repeated allusions to Augustine’s pining for the soft caresses of women. Already in the second chapter, moreover, he finds it necessary to give us an account of the unusually large and long breasts possessed by certain women who once lived close to the sea in Libya. Since this description of the Libyan breasts is contained in a letter of the Greek bishop Synesius, whom Augustine never even met, it seems quite unnecessary and indeed almost prurient for Lane Fox to relate it to his readers.

A second criticism, and one to be taken more seriously, is that Lane Fox underestimates the significance of Cicero to Augustine’s intellectual development, including during the important months at Cassiciacum. This is presumably because he does not take Cicero himself too seriously; “Plotinus, unlike Cicero, was a profound and independent philosopher,” he writes. But the significance of Cicero’s presence at Cassiciacum is undeniable; the very genre of the dialogues Augustine wrote there relies upon him. Also, Augustine clearly states in the Confessions that during the years prior to his conversion in Milan, he did not understand the hidden dimensions of the Academic teaching. Indeed, his discovery of the esotericism of Cicero and other Academics occurred about the time that he was coming to understand the figurative sense of Scripture from Ambrose; one has to wonder whether the two discoveries were not related. In any case, by the time he retired to Cassiciacum, Augustine knew of the existence of Academic esotericism. But Academic esotericism is an idea Lane Fox seems not to take seriously; he wonders how Augustine could ever have been taken in by “the notion that the Platonists had a long-concealed ‘secret doctrine.’”

Too much attention to sex and too little to the existence of esotericism among philosophers are problems, but the most serious weakness of Augustine: Conversions to Confessions is Lane Fox’s frequently repeated claim that Augustine did not plan his masterpiece carefully, preferring instead to just sort of let it tumble out as the spirit of the moment moved him. He insists that the Confessions is “not a rehearsed narrative” but something that arises “spontaneously” within a prayer that the reader overhears. “[W]e are listening to his self-analysis in progress,” Lane Fox says, “unrevised and written down as it happens.” Most curious of all is Lane Fox’s assertion that there are no “hidden patterns and cross-correspondences” in the work. One cannot help wondering what we are to do, then, with the fact that the nine books of the Confessions dealing with Augustine’s life up through 387 divide at the mid-point of the middle book, with the first four and one-half books dealing with Augustine in Africa and the last four and one-half treating Augustine in Italy. Why, one wonders, does Book 5, the central book, begin with a Manichean bishop named Faustus and end with a Christian bishop named Ambrose? Or why are both Books 4 and 6 dominated by treatments of Augustine’s friends? Or why does Book 3 contain the initial encounter with philosophy resulting in a falling into Manichean materialism, and Book 7 tell the story of the healing of Augustine’s materialism under the influence of the notion of immaterial substance found in the books of the Platonists? Or why does Book 2 tell the story of the corruption of Augustine’s sexual desire with reference to a pear tree, and Book 8 the story of the healing of Augustine’s sexual longings at the foot of a fig tree? Or why does Monica figure prominently in both Books 1 and 9? If indeed Augustine did plan the Confessions carefully according to a didactic scheme, if they do contain “hidden patterns and cross-correspondences,” then our ability to mine them as a source for writing a biography is seriously compromised, for we have to wonder whether there are not things altered or left out that, from the point of view of writing history, were more important than the things that were included.

Lane Fox states in his preface that he is not a Christian; elsewhere he says that Darwinism has disproven Aristotelian physics, and it soon becomes clear that he is quite committed to historical criticism of the Bible. In reflecting on his own relation to Augustine, he says, “I have often wondered how he would write to me, belittling my worldly multiplicity, but failing, I think, to dislodge it.” Why Robin Lane Fox has written such a lengthy and well-researched book about a man who is unable to move him profoundly is hard to understand, and one cannot help but wonder whether the author’s own attitude toward his subject is not more complicated than he says it is. 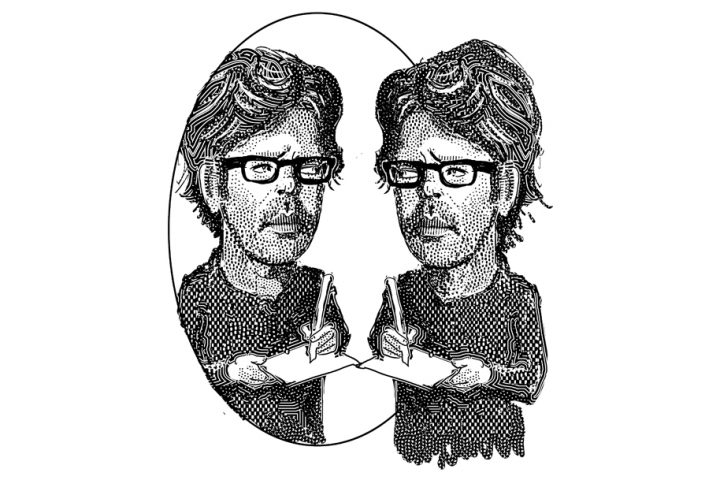 by Mary Lefkowitz
Classical literature and its transformative power.
View this issue