A review of Duty Bound: Responsibility and American Public Life, by Mark Blitz

A review of Duty Bound: Responsibility and American Public Life, by Mark Blitz

Near the beginning of this original and thought-provoking study, Mark Blitz admits:

Whatever good things we may say about responsibility, we also should recognize what is dull and ponderous about it. Who wants to spend the weekend with someone famous for his responsibility? Being responsible means not having fun. Acting responsibly means not doing as you would like. Responsibility is a sober characteristic that we all may grudgingly respect but that only a teenager's father could love.

He is right about that. (And I say this as the father of two teenagers.) This book will not be everyone's cup of tea. Blitz makes occasional valiant stabs at humor and sharp contemporary reference, but the overall tone is sober, measured, carefully reasoned, austerely abstract—in short, responsible. Yet it fully repays a patient reading. Duty Bound is replete with arresting insights and makes an argument that is an important one in our current political environment, where wrangles over an unpopular foreign war and nominations to the Supreme Court, among other things, not infrequently seem to reach new heights of partisan irresponsibility.

The word "responsibility" is one that trips unthinkingly off our tongues, as if it were a natural and universal phenomenon. In fact, according to Blitz, it is peculiar to modernity, or more specifically, to liberal modernity. (Not coincidentally, the word itself first occurs around the time of the American Founding, appearing notably in The Federalist.) Responsibility, as the "twin of liberty," is a virtue that can be understood only in the context of a liberal democratic society based on the principles of freedom and equal rights. Responsible behavior is behavior freely chosen, not imposed, and as if it were negotiated with one's sovereign equals, rather than being prescribed by traditional hierarchical codes or structures. As such, Blitz explains, "responsibility is the defining element of liberal character, and liberal democracy works best when responsibility flourishes." It is the liberal "virtue" par excellence.

This is an unconventional work. Some will no doubt find bewildering Blitz's melding of philosophical reflections with discussions of very contemporary and practical issues, so it is worth dwelling momentarily on his method or approach. As he indicates at the outset, he follows less a single methodology than a variety of approaches, sometimes beginning from "ordinary opinion" to seek the roots of our current ideas, sometimes from current issues or concerns to seek what explains them, sometimes from institutions so as to find the "general forms" that organize them in the overall context of liberal democracy. All of this can be understood as an attempt to lay out what might be called a phenomenology of responsibility. At the same time, Blitz admits that his approach is importantly shaped by categories deriving from classical philosophy, such as "form," "cause," and the like, and more particularly, that his understanding of the link between goals, characters, and institutions is shaped by the Platonic-Aristotelian notion of "regime." Indeed, he goes so far as to say that parts of the book are, "as it were, studies in Platonic political science." This is bold in several senses. Readers may find it frustrating that Blitz doesn't spend more time articulating these starting points of his analysis, or explaining why they are to be preferred to a more contemporary understanding. At his best, though, it has to be said that Blitz's imitations of Platonic-style dialectical inquiry are dazzling.

This is true particularly of the book's opening discussion of responsibility and "modern virtue" more generally. Blitz distinguishes modern virtue from virtue in its classical (Greek and Roman) form (and implicitly from religiously-inspired virtue) by its largely instrumental character, its accessibility to all without the need of what Aristotle calls "equipment" necessary for its exercise (such as wealth), the absence of support for it in the passions, its lack of dependence on "prudence" in the Aristotelian sense to be fully effective, and finally, its lack of connection to human excellence or nobility. The four cardinal virtues of modernity turn out to be "niceness," tolerance, industry, and responsibility. Blitz's respectful yet ultimately merciless probing of the contemporary manifestations of these various qualities rings many bells; but it is also apt to leave readers with the depressing feeling that modern virtue is a long way from the real thing, and to make them wonder whether such thin gruel can really sustain liberal democratic societies in the face of the many challenges confronting them today.

Blitz's account of the virtue of responsibility is novel in two ways. The term "responsibility" in current American usage clearly has several nuances, but its core meaning seems to revolve around the notion of individual accountability for actions caused. Blitz, by contrast, emphasizes the link between responsibility and the reliable and successful accomplishment of tasks, and more critically, the link between responsibility and the accomplishment of "tasks that seem to belong to no one in particular, situations where no one is obviously accountable and circumstances that no one seems to have caused." Responsibility so understood is inseparable from an individual's self-interest, i.e., it is never simply altruistic; but neither is it simply a form of selfish calculation. Not everyone will be equally responsible. Rather, some individuals will continually broaden and strengthen their sense of responsibility—enlarging it from private to common tasks—and thereby eventually enter the political arena. The fully responsible man, Blitz writes, "clearly opens in the direction of pride and nobility and needs to exercise more than ordinary fairness"—that is, he approaches virtue as classically understood. At the end of the day, however, modern politicians "typically act in situations where the common benefit is also a more or less identical individual benefit to them, rather than acting because ruling a common enterprise is their own characteristic natural field and place."

Blitz's extended discussion of responsibility in politics is subtle and rich. Its key point is that there is a fundamental difference between "the spirit of narrow, immediate, rule-based, guilt-fearing accountability" and political responsibility in the true sense. Political responsibility is shared by bureaucrats, executives, and legislators. Blitz does not sharply distinguish between the (administrative) responsibility of bureaucrats and the (political) responsibility of politically-appointed executives; indeed, he properly stresses the essentially political nature of government altogether, and the large scope of action available to the bureaucracy. In a striking passage that undoubtedly reflects his own experience as a senior U.S. government official some decades ago, he says that

administrations and bureaucracies that work well are headed by those alive to the undefined substance of their tasks. To serve in government is to be constantly amazed by how much is there for the taking, how little anyone knows about what should be done or who should do it. An executive agency with a confident head can accomplish things in areas where it hardly seems to belong. Risk and enterprise, shaping situations, shifting and defining terms of debate, seeing others' viewpoints as mere hills and valleys in a landscape of one's own design—these are the characteristics of an executive who does his job.

But Blitz also insists that executive "enterprise" is insufficient, and indeed potentially dangerous, in the absence of the checking and balancing of a popular legislature dedicated to "compromise" or the engineering of popular consent. The full meaning of responsibility properly understood thus reflects the institutional structure of liberal constitutionalism, or at any rate its American incarnation.

Blitz further pursues the issue of executive leadership in a brief discussion of responsibility and foreign affairs. Contemporary American presidents, he argues, though they may err through excessive application of "realist" or "moralist" courses of action abroad, have as it were internalized the sense of responsible action promoted by our constitutional structure, and thus do not indulge in the "wild adventurism" or tyrannical actions of many leaders in the premodern past—contrary to what domestic critics have alleged against, for example, Ronald Reagan, and more recently George W. Bush. Blitz's discussion of "responsible directions" in American foreign policy reads very much like a vindication of Bush in particular from such charges (with the exception perhaps of the argument for a strengthened role for Congress in foreign affairs). He opposes ceding American sovereignty to international bodies, supports "responsible intervention in areas beyond our immediate interests," favors a strong defense, and holds that promoting democratic responsibility in others is in our own interest (noting that it "may seem to foster but actually restricts our potential arrogance").

What then is the responsibility scorecard in America today? Blitz sometimes gives the impression that liberal responsibility is a byproduct of American political institutions, and ultimately of our wise Constitution, and hence that the country is after all in reasonably good shape. But this is not really what he wants to say. He makes it clear that responsibility must be supported by "public and educated opinion," and that institutional checks and balances alone cannot produce it. Yet when he shifts focus in the remainder of the book from the political arena proper to other institutions or professions central in American public life and in the molding of public opinion, the overall message is of a seemingly inexorable erosion in the underpinnings of American responsibility. In surveying the current state of the courts and lawyers, the media, philanthropy, and higher education in America, Blitz delivers himself of a muted yet scathing indictment of these institutions that generally echoes widespread conservative criticisms.

At the end of the day, it is difficult not to feel that Blitz is overly sanguine about the state of liberal responsibility, or the potency of responsibility understood as a liberal virtue. The title of his book notwithstanding, Blitz hardly ever mentions "duty," and he does not consider whether or to what extent liberal responsibility might be fortified by the remnants of older moral traditions and practices. Thus he is less than convincing in tracing a natural "progression" in "responsible" Americans from self-serving calculation to a devotion to common tasks or the common good. It is plausible to suppose that simple patriotism plays a significant role in motivating our political class; and the strength of the growing religious orientation of the country—unique among the advanced democracies—is another factor that would have to be taken into account. But that would be another book—one that Blitz himself would be eminently qualified to write. by Christopher Levenick
Interpreting the Bible and the Constitution 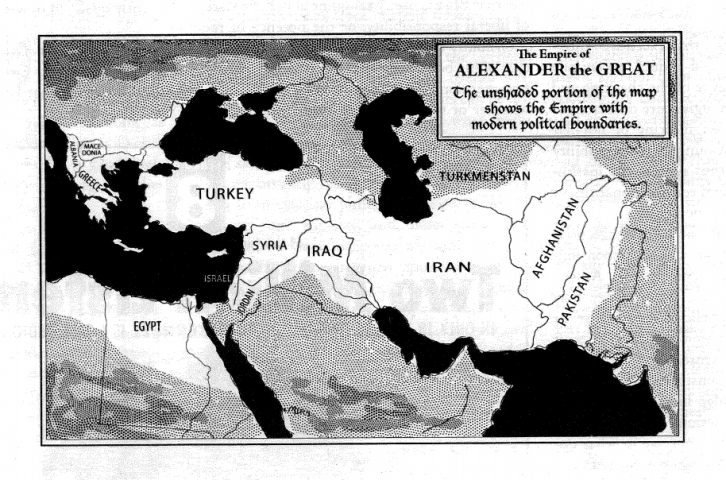