A review of Brief Lives: An intimate and very personal portrait of the Twentieth Century, by Paul Johnson

A review of Brief Lives: An intimate and very personal portrait of the Twentieth Century, by Paul Johnson

The most enduring historians—Tacitus, Edward Gibbon, Jacob Burckhardt, Francis Parkman, to name a few—transport their readers back into a living, breathing past: they explain, illuminate, amuse, and amaze. Regrettably, this kind of writing is rare in the groves of academia where most historians dwell. Professors now pen history for a narrow audience of their colleagues who concentrate on subsets of the past. If you don't believe this, spend a few hours at a scholarly conference listening to hyper-specialized, jargon-filled, sometimes immaterial, and usually soporific papers of interest only to the small audience of initiates. Not all academic historians should be writing for a larger audience (a handful still do a good job of it), but more should be extending their scholarship, and their enthusiasm, to an audience beyond the ivory tower. There are, unfortunately, few incentives and many impediments to such behavior in our universities. Accordingly, the writing of popular history, once done so well by academically based authors, is now the bailiwick of superb storytellers such as David McCullough, Walter Isaacson, and Ron Chernow, former journalists who know how to write, research, and convey their story in arresting prose to millions of readers.

Paul Johnson is a successful practitioner of this art, a polymath whose interests encompass a huge swath of Western cultural history from Ancient Egypt to the present. He's written big books—a superlative History of the American People (1998), Art: A New History (2003; Johnson is a talented painter and watercolorist), a scorching volume on Intellectuals (1990), and his most acclaimed tome, Modern Times(1983). Recently he's concentrated on smaller books: biographies of popes, Napoleon, Washington, Churchill, and volumes of essays on humor, heroes, and creativity. Long or short, all Johnson's books are original, filled with challenging, provocative ideas and brilliant insights and interpretations. He's a fierce enemy of cant and indolent thinking, which he attacks with palpable glee.

Now, inspired by John Aubrey's Brief Lives, he has turned his hand to a series of 250 mini-sketches of people whom he has encountered in his long life. Arranged alphabetically, the lives range from just several paragraphs to several pages (an index would have made the book more useful). Some of Johnson's subjects will be unfamiliar to many Americans—Lady Pamela Berry, Leonard Hutton, Jock Murray, John Sparrow; but many more will be well-known—George H.W. Bush, Katherine Graham, Pablo Picasso, Elizabeth Taylor.

Johnson is a fan of the epigram and some of his best are found in the opening sentences of the sketches:

Pablo Picasso (1915–2006) was probably the most evil man I ever actually came across.

Johnson is always amusing but most so when he is being critical, gossipy, and just a bit naughty, as in his iconoclastic destruction of Picasso:

He was the richest painter who ever lived, and he did more harm to art than all the Goths and Vandals, the Puritan iconoclasts and the totalitarian thugs combined.

Johnson skewers sacred cows like Lillian Hellman and Mary McCarthy. "McCarthy," he writes, "did take to task the awful Lillian Hellman. She wrote: ‘Every word Hellman writes is a lie, including the "ands," and the "buts".' This was true, of course, but Hellman sued, and the thing would have gone to court had not the old witch suddenly expired."

There are sympathetic portraits of Pinochet, the Reverend Sun Myung Moon, and Nixon, as well as affectionate sketches of J.B. Priestly and Stephen Spender. Longer sections are dedicated to Churchill, Harold Macmillan, Margaret Thatcher, and Tony Blair, each filled with remarkable insights into these world-renowned figures. Just as fascinating are those of lesser known or forgotten figures who intersected Johnson's life: Maurice Cowling, Arnold Bennett, and Helena Rubinstein, for example.

This is the sort of book you put down disappointed that you've run out of pages. Maybe Johnson will give us another volume of lives or, better still, the fascinating one he's said he won't write: his own.

Bruce Cole, a former Chairman of the National Endowment for the Humanities, is a Senior Fellow at the Ethics and Public Policy Center in Washington, DC. by James L. Buckley
A cure for unlimited government. 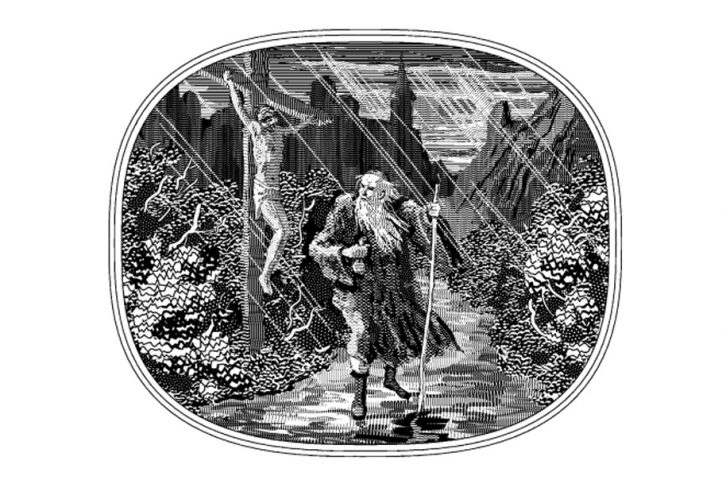 by Benjamin Balint
A review of A Lethal Obsession: Anti-Semitism from Antiquity to the Global Jihad, by Robert S. Wistrich
View this issue