A brave attempt to rescue the term “greatness” as a meaningful metric of political achievement. The Statesman as Thinker: Portraits of Greatness, Courage, and Moderation

Daniel J. Mahoney’s The Statesman as Thinker calls into relief the failing performance of our political class today and the ever-increasing distance between its intellectual and moral underpinnings and the Great Tradition of the West. That tradition, consisting of classical, humanist, and Christian threads interwoven in an intricate tapestry, remains superior to the alternatives, whether non-Western or anti-traditional—Communist, fascist, woke. Above all, it provides a foundation for a sensible liberal and democratic politics that those alternatives have failed to supply in the past as surely as they will fail in the future.

Not many years ago, such a defense of the Great Tradition would have commanded wide agreement in the United States and elsewhere in the civilized world (if the expression can be pardoned), at least outside academic circles. Today, these are fighting words. To hold up the cultural or intellectual superiority of the West will be taken as prima facie evidence of a benighted imperialism, not to say white supremacism, while our postmodern relativism deprives it of any standing to criticize woke neo-totalitarians. Although the book is not polemical, Mahoney concedes nothing to the wokists.

The Statesman as Thinker presents itself as a kind of primer on the subject. It is short, makes no claim to originality, and concludes each chapter with a section on “Sources and Suggested Readings.” But Mahoney, a professor emeritus at Assumption University and senior fellow at the Claremont Institute, has done a good job in scanning the horizon of the relevant secondary literature and is a good guide to what is truly valuable in it—quite a lot, as it turns out, much of it by scholars one might describe as “cancelled” avant la lettre.

He begins with a discussion of the classical—that is, ancient Greek and Roman—foundations of the Western tradition, focusing on Aristotle and Cicero. Mahoney acknowledges Aristotle’s importance as the discoverer of “prudence” (phronēsis or practical wisdom), as well as his incomparable analysis of human greatness in the persona of the “great-souled” or “magnanimous” man (I will return to this discussion in a moment). Cicero is presented as perhaps the perfect paradigm of the statesman-thinker. This sadly neglected figure is a measure of the steep hill Mahoney has to climb, but of course the larger problem is the lack of any appreciation of republican Rome in our culture today as a forerunner of the American republican experiment. Rome’s most important philosopher was a desperate defender of the old republic against the Caesarian revolution—and paid for it with his life.

Further chapters are devoted to Edmund Burke, Alexis de Tocqueville, Abraham Lincoln, Winston Churchill, Charles de Gaulle, and Václav Havel. Burke of course is the great Whig parliamentarian of late 18th-century Britain who opposed the French Revolution in the name of prudence and tradition (while supporting the cause of the rebellious American colonies). Tocqueville was the great defender of American democracy to a skeptical aristocratic Europe; he was also active in French politics in the Restoration period, eventually serving as his country’s foreign minister. Lincoln, though known and revered (at least until yesterday) by all Americans, is little appreciated as a politician whose profoundly prudential strategy saved the Union from trimmers like Stephen Douglas as well as abolitionist fanatics in the North who are today deemed by some the only true anti-racists.

Mahoney is a student particularly of French liberal political thought, as seen among others in the life and works of Tocqueville and de Gaulle. (He has also published two excellent books on the great Russian dissident and epic novelist, Aleksandr Solzhenitsyn: Aleksandr Solzhenitsyn: The Ascent from Ideology [2001] and The Other Solzhenitsyn: Telling the Truth About a Misunderstood Writer and Thinker [2014].) The Anglo-American world has been insufficiently respectful of this strand of French thought. Mahoney brings a fresh perspective by foregrounding the aristocratic element in the great French liberal thinkers and the ways in which they were able to accommodate the democratic revolution of modern times while also attempting to moderate and elevate it.

Churchill and de Gaulle are indisputably the greatest statesmen of the 20th century. Mahoney does an outstanding job of capturing the intellectual as well as political sides of these fascinating figures. He rightly highlights de Gaulle’s early writings from the 1920s and ’30s, particularly The Edge of the Sword, as exemplary meditations on political-military leadership. In the case of Churchill, one’s only complaint is the neglect of what is certainly his literary masterpiece, the multivolume history of one of Britain’s greatest military heroes, his ancestor John Churchill, Duke of Marlborough, during the War of the Spanish Succession.

This is an admirable book. It makes a cogent, eloquent case for attending to the examples of political men of the recent and more remote past who have operated at the peaks of political life in their respective countries, yet within a principled moral and political framework. It makes a brave attempt to rescue the term “greatness” as a meaningful metric of political achievement. It asks us to focus on the reality of the “moral virtues,” especially courage and moderation, as drivers of political behavior in statesmen. And above all, it highlights the importance in the Western tradition of the notion of “prudence,” at once a virtue and an intellectual faculty in its classic Aristotelian formulation. Further, it pays more attention than is often done to the religious dimension of the outlook of statesmen, and in particular, the important role of Christianity in softening the sharp aristocratic contours of the classical and post-classical West in favor of a greater openness to the human claims of the common people, as well as providing a needed check on the prideful arrogance of the great. Finally, Mahoney calls attention to the intrusion of philosophy into the practical world of the statesman, a subject that has been very imperfectly studied and understood in the academy, to say the least.

This is a deeply researched and acute appreciation of the statecraft challenges of the day, and beyond. Václav Havel is clearly an outlier in this pantheon. But one might describe him as an invitation to think seriously about the future shape of political leadership in the persons of those unprepared for it, particularly intellectuals of various stripes—a perhaps inevitable development of the populist forces gathering strength against the tired and increasingly discredited political and cultural establishment of our day.

A possible quibble against this otherwise outstanding work: Aristotle’s famous, and enigmatic, account of the “great-souled” man (ho megalopsychos) in his Nicomachean Ethics is unsettling to Mahoney, as it seems to suggest a certain disconnect between the character or psychology of the great man and his commitment to the political order to which he belongs. Aristotle presents the great-souled man as no less than the sum of the moral virtues, and thus the embodiment of the perfect “gentleman” (kalokagathos). But he gives no ground for thinking that such a person has any particular dedication to the public good, and in fact, in spite of a concern for honor as a vindication of his worth, he is not ambitious, and will not court honor or acclaim from those he regards as his inferiors. Perhaps the classic portrayal of such a man is provided in Shakespeare’s Coriolanus. There, a Roman war hero defects to the enemies of Rome because he considers himself to have been insufficiently honored by his fellow citizens. Other classical exemplars of this same phenomenon could be cited—Alcibiades during the Peloponnesian War comes to mind, or the Socratic philosopher Xenophon, who seemed at the end of the day to have preferred Sparta to his Athenian homeland. The relationship between great political men and their surroundings can be, as we say today, deeply problematic. 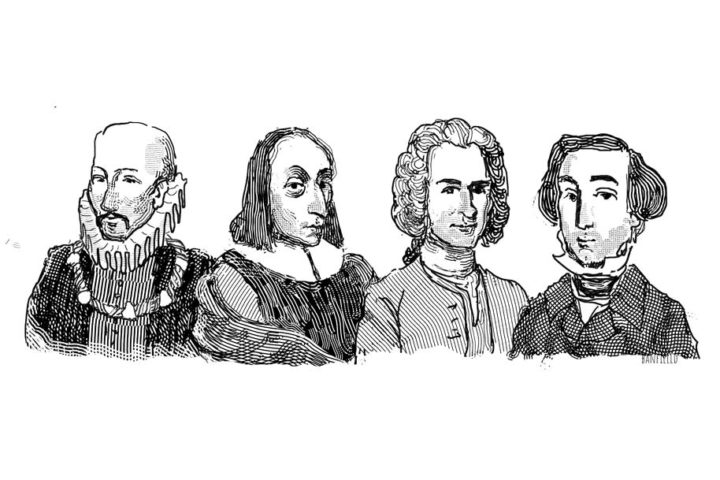 by John M. Ellis
Even its practitioners don’t know.
View this issue