Have a Nice Millennium

A review of The Better Angels of Our Nature: Why Violence Has Declined, by Steven Pinker

The Better Angels of Our Nature: Why Violence Has Declined

A review of The Better Angels of Our Nature: Why Violence Has Declined

The good news proclaimed in Steven Pinker's new book is that human beings are much less violent than they used to be, and are likely to become much more peaceable in the future than they are today. According to Pinker, a professor of psychology at Harvard University and the author of such widely read works as The Blank Slate (2002) and The Language Instinct (1994), the waning of religion and the embrace of secular reason have made us not simply wealthier and healthier than our ancestors, but also more intelligent and moral. "It is easy to forget," the author writes, "how deeply brutality was once woven into the fabric of daily existence." Modern life is still marred by violence, but the men and women of today, sheltered by powerful nation-states, pacified by commerce and technology, and increasingly freed from "malignant" doctrines like the "sacredness of the soul," are more reasonable, and therefore more peaceful, than those of the past.

A week spent watching television newscasts would seem to demolish Pinker's historical claim that violence is declining. Such generalizing, Pinker argues, exaggerates the importance of proximate and readily apparent data. One confronts savagery surpassing our own era's in the Homeric and Biblical texts, and those ages, anthropological and fossil evidence suggests, were calmer than our earliest condition. Pinker rejects attempts to locate our genetic origins in the lazy and sex-crazed bonobos, and dismisses as fanciful a primordial time of hunter-gatherer harmony.

In fact, prior to the formation of nation-states, roughly 20% of our ancestors died by human hand. Claims to the contrary, focusing on deaths in large-scale battles, ignore the predatory raids and random homicides that were once quotidian. Within the past two millennia, violent death has become ever less common. Pinker assembles in a table the top 20 human atrocities, first by raw number and then converted as a percentage of the extant human population. World War II, with 55 million dead, barely makes the top 10 on an adjusted basis, well surpassed by the Mongol conquests of the 13th century.

Pinker may be right that violence (through warfare and homicide) has receded, although the table stacks the deck in his favor. The multiple wars of the 20th century are disaggregated, with the result that none scores notably high after adjusting for global population. By contrast, the "Mideast Slave Trade," with a reported 19 million dead, wins the bronze medal as third most deadly event in human history. It spanned 12 centuries, however, from 700 to 1900 A.D. Historians a millennium from now, if they exist, will likely collect several wars of the last century (World War I, the Russian Civil War, World War II, etc.), as a single event. So aggregated, the "Germanic Wars of the Twentieth Century" emerge, even on a converted basis, as one of the deadliest conflicts in history.

But let's grant that the 65 years since World War II really are among the most peaceful in human history, judged by the percentage of the globe wracked by violence and the percentage of the population dying by human hand. Since there have been other calm periods, such as the 18th century, why should we regard this latest dip in violence as anything other than a random, temporary occurrence? In seeking to make sense of this evidence Pinker pushes his thesis in a more provocative and questionable direction.

He starts by stipulating that man is genetically the same as he was 10,000 years ago, at least with respect to those traits relevant to an inclination to violence. He further posits that we remain locked in a Hobbesian trilemma: impelled to violence by the desire to take the next guy's property and women, or the fear that he will raid us first, or the impulse to acquire glory. Pinker reduces the thirst for glory to the need to acquire a reputation for violence, which serves as a credible deterrent to other attackers.

What has changed over these 100 centuries? First, powerful nation-states, claiming a monopoly on the legitimate exercise of violence, increased the cost of plundering neighbors and reduced the need to engage in hair-trigger responses to minor incursions. Then commerce and capitalism created opportunities for profitable interactions that made it possible to regard others, even of different races and nations, as partners rather than antagonists. Technological developments from the printing press to the internet further leveled the world, making bellicose chauvinism in favor of one's own class, race, or nation increasingly untenable. Bizarre ideas fester in hermetic isolation, Pinker argues; the dissemination of science and literature drives home the contingency of one's own place and the equality of man.

For Pinker, modern life is marked by ever increasing circles of reciprocity, encompassing wider and wider groups of people. These interactions encourage habits of self-control and cultivate a deeper respect for others. We are not, however, more empathetic than our ancestors, just more reasonable—better equipped to engage in scientific and abstract reasoning; and he cites claims that I.Q. scores have risen over the past century. Greater intelligence has produced a greater receptivity to liberalism, defined as a respect for personal autonomy and liberty, and quite simply better behavior, reflected by an aversion to the sort of cruelty and violence that was formerly commonplace. Pinker dismisses even our "recent ancestors" as "morally retarded."

This moral backwardness rested heavily on the obsession with grandiose ideas. He applauds the fact that honor and glory fail to inspire those seduced by the comforts of bourgeois life. And the waning of religion has been an even more pointed blessing. The "greatest damage," Pinker writes, "comes from religious beliefs that downgrade the lives of flesh-and-blood people, such as the faith that suffering in this world will be rewarded in the next…. [T]he belief that one may escape from an eternity in hell only by accepting Jesus as a savior makes it a moral imperative to coerce people into accepting that belief." Fortunately, Pinker contends, reverence for Biblical texts is merely gestural today. Political conservatives may profess allegiance to God and country, for example, but none of them applauds war or invokes authority, ethnic cohesion, racial exclusion, or even tradition in any meaningful sense. They are at best incoherent and sometimes just plain dumb liberals. George W. Bush, says Pinker, had the third lowest I.Q. of any president.

Let's start with the presidential I.Q. study upon which Pinker relies. I.Q. tests did not even exist until the early 20th century, so most of its ludicrously precise estimates—Martin Van Buren (132.9), James Buchanan (122.8), Ulysses S. Grant (115.0)—deserve horselaughs. John F. Kennedy is conveniently credited with an I.Q. of 156, though his tested I.Q. was 119, or roughly 10 points lower than George W. Bush's. Although Pinker professes to be above partisanship, it is more accurate to say he is ignorant of politics, which allows him to assert that political debates a century ago were less sophisticated than today's. An hour spent reading the Lincoln-Douglas debates of 1858 would obliterate this argument.

Pinker's broader claim that we moderns, not just the politicians among us, are smarter than our ancestors is also dubious. If I.Q. scores are increasing, the effect appears to be small and concentrated in the less intelligent half of the population. The smarter half may, in fact, be less distinguished than its counterpart a century ago, which would be consistent with declining SAT scores. Furthermore, given that his earlier works trumpeted the heritability of intelligence, he should be troubled by the inverse relationship between birth rates and measured intelligence in the world today. A thoroughgoing Darwinist might wonder whether the modern world has spawned dysgenic conditions with respect to traits that code for intelligence. Given the importance Pinker places on cognitive ability in promoting moral behavior, this equivocal evidence about our race's intellectual capacities would seem to pose a problem.

Pinker misses other storm clouds that loom on the horizon. For example, he is encouraged by the recent reduction in violent crime, citing it as evidence of our enhanced powers of self-control. Another explanation would focus on the fact (conceded by Pinker) that today nearly 1% of American adults are in prison, an incarceration rate roughly five to eight times higher than it was four decades ago. Our society is able to dedicate so many resources to preventing crime only because of our unsurpassed wealth. Were an economic dislocation to curtail our ability to punish foreign and domestic transgressions so severely, the respite in violence might quickly cease.

Pinker's confidence that technology will continue to level the globe, promoting human commonality and thereby reducing violence, is less an argument than an attitude. The future effect could easily be the opposite, with scientific advances accentuating differences, rendering the beautiful more beautiful, the intelligent more intelligent, allowing the elite to separate itself from the dregs of humanity, and compromising the inherently tenuous recognition that all human beings are fundamentally equal.

In an incongruous passage, he recounts his own childhood joy playing dodge ball, and notes with bemusement that prohibiting such games in an attempt to extirpate violence constitutes "overshooting." This recollection is an opaque concession that human beings in general, and young men in particular, find something innately gratifying about besting others in physical confrontations. Why not remake ourselves to remove these traits? Though he expresses doubts about genetically engineering carnivores into herbivores, he never explains why. Others might reject this brave new world out of respect for human dignity or the soul, but for the author these are pernicious concepts.

Steven Pinker depicts a world in which human rights are unanchored by a sense of the sacredness and dignity of human life, but where peace and harmony nonetheless emerge. It is a future—mostly relieved of discord, and freed from an oppressive God—that some would regard as heaven on earth. He is not the first and certainly not the last to entertain hopes disappointed so resolutely by the history of actual human beings.

Craig S. Lerner is a professor at George Mason University School of Law. 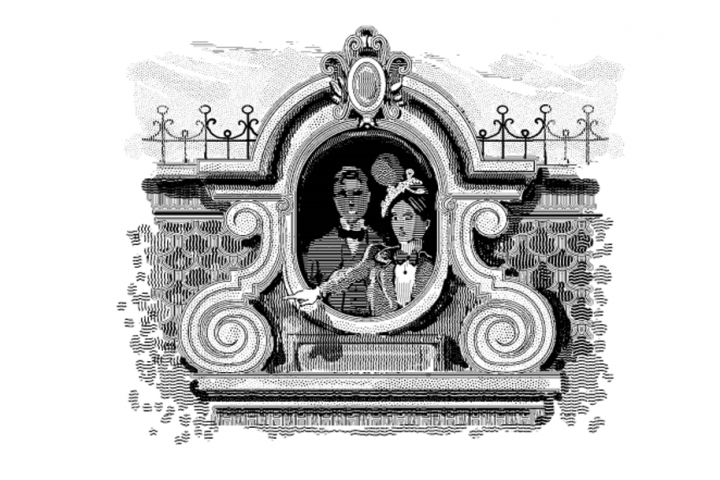 by Neil Rogachevsky
A review of The Greater Journey: Americans in Paris, by David McCullough by Bradley C.S. Watson
A review of Schools for Misrule: Legal Academia and an Overlawyered America, by Walter Olson