Correspondence from the Winter 2015/16 issue of CRB

very author’s hope is that a new book will spark lively conversations and tempt serious thinkers to engage with its arguments. I’m grateful that William Galston spent some time with The Conservative Heart and offered such a thorough and interesting reaction (“The Head and the Heart,” Fall 2015). As I read his review, two major contentions stuck out as particularly interesting to me: First, that modern conservatism needs a deep ideological overhaul, not merely cosmetic tweaks, to succeed (and that I leaned too much on the latter). And second, he points out that antipoverty programs are only one small component of economic policy writ large, arguing that focusing intently on helping the poor will be politically insufficient, since a larger group of middle-class voters will feel that conservatives aren’t making their lives any easier.

Let me tackle, first, the question of substantive shifts versus cosmetic changes and what modern conservatism really needs. It’s important to avoid a false dichotomy. It is not as though the only two options available to political movements are either pasting new buzzwords on old thinking or completely gutting everything and starting over. Successful political adjustments tend to fall between these extremes.

Take both my example of Reagan-era Republicans and Galston’s example of Clinton-era Democrats. Both groups found ways to emphasize the best core aspects of their respective traditions while simultaneously reaching for renewal. Reagan was unmistakably a conservative, focused on moral values and strong leadership. Clinton was unmistakably a liberal with a passion for helping struggling people. But to his side’s built-in advantages, Reagan added vibrant optimism, tangibly new economic ideas, and an emphasis on fighting for ordinary people that the nation didn’t expect from a conservative. Conversely, while retaining the Left’s rhetorical strengths, Clinton declared peace on free enterprise and the end of welfare as we knew it.

The Conservative Heart puts forward a similar prescription for today’s political Right. On some policy issues, the book does lay down substantive markers. I admonish purist libertarians for resisting the very idea of the safety net. Some populists would resist my calls to expand the Earned Income Tax Credit. Many moderate conservatives and centrists reject my hostility towards minimum wage hikes and towards entitlements that extend into the upper-middle class. Very few readers, I think, would come away with all their policy preconceptions completely unchallenged.

But on a broader level, Galston is right that I don’t demand a radical policy platform re-write. Instead, I situate some specific suggestions inside an urgent plea for a broader sea change in tone, approach, and mentality. The book calls conservatives to rediscover our very best principles and then apply them in creative, new ways to an area that we’ve previously neglected. That is much more than a marketing tweak.

Let me turn towards Galston’s second main point—the idea that fighting poverty is a distraction from the more important issues of middle-class economics. I should state up front that my Catholic faith weighs heavily on this question for me. Catholics are taught to have a preference for the poor, and to be especially sure to look out for the most vulnerable members of our society. Even if fighting for poor people brought conservatives zero votes, my moral duty would still call me to advocate for them.

My primary goal in The Conservative Heart was not to play crafty political chess, but to empower conservatives to become better, happier people who can live their values more fully by sharing free enterprise with the people who need it the most. Happily, however, I do assert that doing the right thing would in this case likely bring a political payoff. To explain why, let me recall an NBC exit poll taken after the 2012 presidential election, which asked voters which of four criteria mattered most to them. Mitt Romney actually defeated President Obama among voters whose top concern was a president who “shares my values,” “is a strong leader,” and even “has a vision for the future.” The only criterion where the Republican lost was on “cares about people like me.” But Obama absolutely thrashed him on that battlefield, 81% to 18%.

This enormous, costly empathy gap didn’t seem to originate from an insufficient focus on the middle class. Romney studiously aimed his campaign at those voters, even declaring bluntly on national television his campaign was “not concerned about the very poor” but rather “focused on middle-income Americans.”

Loyal Democrats are free to argue that conservative policies are just inherently unappealing to middle-class voters; that Romney’s rhetoric was correctly directed but just insufficient when paired with these toxic ideas. But the other polled criteria seem to belie this hypothesis—after all, majorities of voters preferred Romney’s vision for the country as a whole. What’s more, middle-class Americans as a whole were big fans of President Reagan, and, today, Republicans control the majority of governorships and state legislatures.

Vast swaths of middle-class voters are not, I’d suggest, permanently allergic to conservatism per se. The more likely allergen is candidates and political movements that fail to signal true leadership by standing up for people who need them. Even to voters who are not personally poor, empathy for struggling people seems to send a telling signal about a leader’s heart.

Let me close with a quick aside. I think Galston’s contrast with the “triangulation” executed by President Clinton and the Democratic Leadership Council is instructive. In the 1990s, the Democratic Party had to pivot away from statist economics and towards free enterprise. Free enterprise was simply too self-evidently successful and too widely approved by the voters for them to do otherwise. The fact that progressives found success adopting this tenet of conservative thought is no reason for conservatives to pivot away from it. It wasn’t triangulation that voters rewarded, but simply moving from wrong to right. Far from a reason to lurch left, this actually shows why conservatives must keep free enterprise front and center.

A substantial portion of The Conservative Heart is addressed to the Tea Party, which Arthur Brooks regards as a raw but promising development for the future of conservatism. I disagreed with that assessment in my review, and I continue to disagree today. Brooks omitted immigration reform from his list of what the Tea Party is against. This is no trivial oversight. As Donald Trump intuited (and a substantial body of survey research confirms), opposition to immigration reform is at the heart of the Tea Party movement.

The concern goes beyond illegal immigration. Members of this movement resent the demographic changes that five decades of immigration since the 1965 reform act have triggered. They feel marginalized in a country they once dominated. Trump’s appeal lies in the powerful but misleading intimation that these changes can be reversed. In so doing, he has set the tone for the Republican presidential contest—and, increasingly, for the conservative movement. In a recent article, National Review’s Ramesh Ponnuru laments that a hardline stance on immigration is becoming a key defining element of contemporary conservatism. This was not the case in the 1980s and ’90s, as the cases of Ronald Reagan, Steve Forbes, and Jack Kemp illustrate. That it has become so today is largely attributable to the Tea Party’s influence. This is hardly an example of the shift from negation to affirmation, and from anger to hope, that Brooks recommends. But anger intermingled with nostalgia for an irretrievable and romanticized past is the distilled essence of the Tea Party.

Speaking of Jack Kemp, I followed with interest the recent Kemp Foundation forum in which it was encouraging to see six Republican presidential candidates civilly exchanging ideas for fighting poverty and expanding opportunity. I could not help but notice, however, that Donald Trump and Ted Cruz did not bother to put in an appearance. Not only are these two men the leading candidates for their party’s presidential nomination, but also they are the darlings of the Tea Party. A recent survey showed them splitting 76% of the likely Republican electorate that identifies with the Tea Party movement.

There is little evidence that the members of this group care much about poverty. Instead, they are driving the political dialogue towards the issues they do care about—trade, immigration, and terrorism. Granted, these are legitimate subjects of debate, between and within the political parties. But taken together, they reflect the Tea Party’s dominant sentiment—namely, protection against what it perceives as threats. This is crucial for Brooks’s agenda, because fear is the foe of generosity. Its focus is on oneself and one’s family, not on others in need of a new chance to succeed.

I agree with Brooks that the middle class is not permanently allergic to conservatism, any more than it is allergic to liberalism. I also agree that Mitt Romney declared his intention to focus on “middle-income Americans.” His problem was that not enough of those Americans believed him. But they don’t necessarily believe Democrats either.

That’s my point. Under two administrations of opposing parties, we have just completed the tenth consecutive year in which economic growth failed to reach 3%. Wages have stagnated, and household incomes remain well below where they stood in the late 1990s. As long as the middle class feels stuck, the chances of galvanizing the country around a new assault on poverty are vanishingly small.

From a moral perspective, I cannot criticize Brooks’s focus. But speaking practically, progress on alleviating poverty cannot be decoupled from a broader effort to restart the engine of vigorous growth whose fruits are widely shared. How best to do that is the debate that we ought to be having in this election, and it amazes me that neither party wishes to engage in it.

For more discussion between Arthur Brooks and William Galston of reforming the conservative agenda, please visit the new CRB Digital at www.claremont.org/crb. 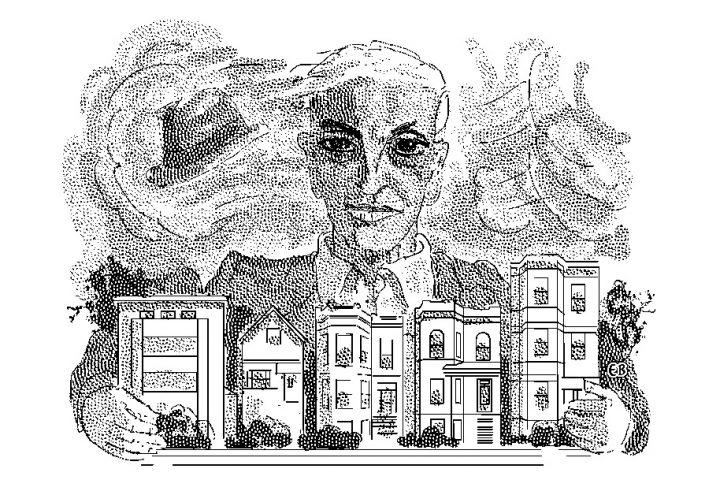 The Philistine on Parnassus

by Algis Valiunas
Why we haven't outgrown Thomas Babington Macaulay.
View this issue