ecause I treasure my friendship with David Goldman as well as the work of Sigmund Freud, I’d like to respond to the review of Frederick Crews’s Freud: The Making of an Illusion (“The Prophet of Ordinary Unhappiness,” Spring 2018) by recommending some books that approach the subject from a different perspective.

In The Self in Transformation: Psychoanalysis, Philosophy and the Life of the Spirit, Herbert Fingarette examines the stages of life with subtle brilliance and philosophical sophistication. You might consider reading it simply to determine whether you have any interest in psychoanalysis.

Erik H. Erikson’s Insight and Responsibility is a collection of lectures on the ethical implications of psychoanalytic insight by an analyst and teacher who, as a young man and before he decided to become a psychoanalyst, came to know Freud in a social setting. It will give you a very different portrait of Freud than the one offered by Crews.

Thankfully, nothing in Frederick Crews’s book, nor in David Goldman’s review, changes the fact that “the talking cure” has worked well for some fortunate souls, including me.

Diagnosed with manic depression in early adulthood, I was helped by bio-psychiatrists for about 15 years, with some dread side effects. In my mid-30s I sought out better care, choosing four years of “modern analysis” based on the work of Freud and Jung and their associates, which by uncovering the origins of my condition gradually cured me of most of my sufferings. I continued with a second analyst to iron out some of the wrinkles—first you’re cured, then you’re healed.

Psychoanalysis is not a panacea, but it changed my life decidedly for the better. I wouldn’t be surprised to find others with similar experiences. Goldman’s breathless summary of Crews’s voluminous indictment wants to see Dr. Freud not just debunked but also indecently buried.

Poor David Goldman and Frederick Crews, ignorant of psychoanalysis and blaming all the woes of society on the man who charted the unconscious. The American Psychoanalytic Association should fund a year of free sessions for these two. Can you imagine the results?

By no means do I question the personal experience of individuals who have benefited from psychoanalysis. The fact remains that such positive outcomes are exceptional. The decline of psychoanalysis has been so precipitous as to indicate that few patients have obtained such benefits. As Dr. Joel Paris wrote in 2017 in the Canadian Journal of Psychiatry, “psychoanalysis has been marginalized and is struggling to survive in a hostile academic and clinical environment.” In 2015 the American Psychoanalytic Association reported that the average age of its members was 66, and that the average number of patients per analyst was only 2.75. One would expect a scientifically-grounded theory and practice to do better.

Owens covers well-trodden ground when he reiterates virtually all the various reasons given as to why America lost in Vietnam: cowardly political leadership, fractured military strategy, distorted media coverage, a lack of national will, ad infinitum. Furthermore, he goes on to assert without any real evidence that we were much closer to victory after 1968 than was ever acknowledged. Does he really think the South could have effectively held off the PAVN indefinitely without continued American presence and support? Had Owens’s scenario panned out, we would now have another divided nation with a militaristic and antagonistic North presenting an existential threat to an American client state in the South—as in Korea.

Does Owens’s rehashing of a conflict settled almost 45 years ago accomplish any useful purpose? Vietnam threatens no one militarily and is now one of our biggest trading partners. Capitalism, although small in scale, is alive and well there, and the average person’s quality of life is gradually improving. We should be grateful that the Vietnamese people living in both the country’s north and the south have been so resilient in spite of the incredible terror and destruction visited upon them in what was, in hindsight, an unnecessary war based on faulty logic and unwarranted fears.

Mr. Candell is entitled to his opinion regarding the Vietnam war, but his real beef is with the historians I cite. I have many problems with the Ken Burns series, but the main one I noted was that it entirely ignored the arguments of serious historians who have called the standard narrative into question.

And I have to laugh when I read the complaint that I am “rehashing…a conflict settled almost 45 years ago.” Well, that’s what historians do, you know. I have written widely on the Civil War, and historians are still rehashing that conflict. Candell’s unspoken premise is that we were predestined to lose in Vietnam. That is no more true than the belief that the Allies were predestined to win World War II.

Wars are complex, and outcomes depend on a variety of factors, not only material but also moral. War is the interplay of chance and uncertainty. Strategic excellence plays a role, but so does fortune. I and the historians I cite observe that the outcome in Vietnam could have been different than it was. The United States could have made better strategic and operational decisions. But that is true of every conflict in history.

I appreciate Catesby Leigh’s sympathetic treatment of me and my book, Creating the Vietnam Veterans Memorial, in his essay “These Honored Dead” (Spring 2018). I also agree with him that my book did not “offer much insight into the project’s artistic and cultural ramifications.” My purpose was to relate something I knew: how a group of self-selected laymen, with slight experience, created an acclaimed work of public art. The assessment of cultural ramifications is best left to experts, like Mr. Leigh.

Perhaps the gap between his reality and mine derives from how public monuments are now initiated and funded in the United States: by private non-profits responsible for raising their own funds from private sources. In our case the initiators were primarily motivated by the cause of honoring the veterans, so the monument’s cultural ramifications hardly entered our thinking. The anonymous design competition, though eminently fair, further served to distance the originators from the creators’ aesthetic senses.

I would have valued having someone like Catesby Leigh to advise us early on, but no one volunteered. Perhaps there could be a way for the initiators of these projects to connect much earlier with those who interpret their meanings, in order to improve the resulting creations.

Catesby Leigh is right that the Vietnam Veterans Memorial deserves an important place on the National Mall, not least because of what Angelo Codevilla sketches (“On the Natural Law of War and Peace”) and Mackubin Thomas Owens clarifies in the same issue. The Memorial makes visible a failure that is its counterpart in architecture.

The memorial’s gash in the great American Common presents an anticlassical, anti-traditional structure that is a superb, even sublime, and fitting expression of the war’s cost. The Vietnam war offered nothing to celebrate, and nothing in the memorial suggests celebration—only the absence of the good.

From the beginning, America’s public buildings have reflected something of our democratic republic’s axioms. But when the National Museum of American History opened in 1964 an assault on the Mall succeeded, and its victors continue to hold ground. They even fortified it in 1974 when the pillbox of the Hirshhorn Museum positioned itself to fire at the National Gallery. Ever since—the World War II Memorial to the contrary notwithstanding—the Mall has been claimed by those who want to shout their particularity rather than join in celebrating their contribution to America.

We can hope that when we recover the principles of natural law in our civil conduct we will also recover the architecture that can serve and celebrate it.

Mr. Doubek’s reference to the challenge posed by private funding is especially poignant when Uncle Sam is bearing the brunt of the enormous expense for Frank Gehry’s ridiculously over-scaled, grossly self-indulgent, and thoroughly unpopular theme-park design for a memorial to Dwight D. Eisenhower in Washington’s monumental core. As for the comments from my esteemed friend Bill Westfall, I would like to remind him of the redemptive dimension that is so vitally important to memorial design. One of these days the United States will commemorate the service rendered by our armed forces in Iraq. It may well be that a great many Americans will always regard the invasion and occupation of that country as a terrible mistake. But no sensible person could fail to be moved by the courageous resolve American soldiers displayed under extreme duress. Such valor will need to find its monumental echo, and it will be a daunting artistic task to evoke it in an appropriate manner. Let’s be wary, in other words, of thinking of a war memorial as appropriately signifying “the absence of the good.” 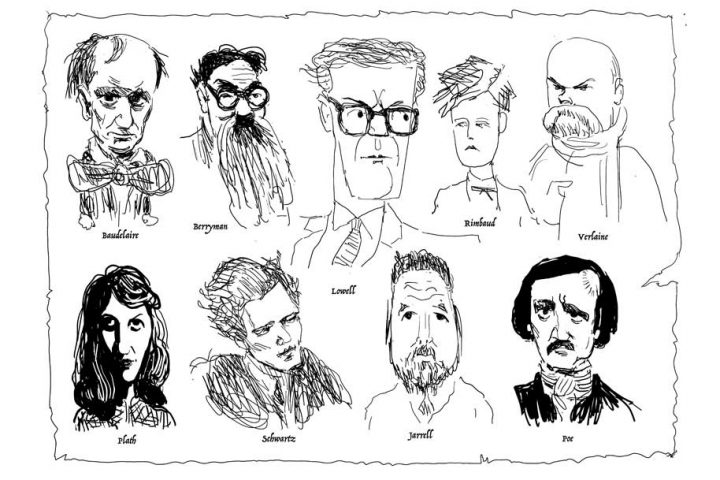