This well-researched book provides a new, absorbing prism through which to view the tragedy that was Yalta.

The Daughters of Yalta: The Churchills, Roosevelts, and Harrimans: A Story of Love and War

“The only hope for the world is the agreement of the Great Powers,” Winston Churchill wrote to Anthony Eden as they were about to leave for the Yalta Conference in the Crimea in February 1945. “If they quarrel, our children are undone.” In retrospect, the world might have been a better place if there had been a quarrel at Yalta, a chance to establish positions properly before Stalin imposed the Cold War on the West and used the conference to lie to Churchill and President Franklin Roosevelt about his plans for Eastern Europe. With over a million Red Army troops occupying Poland, Churchill and Roosevelt couldn’t have done much, but they could have laid down some markers for the future.

Although Stalin did not bring any of his children along to Yalta, a surprising number of the other participants did, including Churchill, whose aide-de-camp was his beautiful 30-year-old actress daughter, Sarah Oliver. There was also the 27-year-old Kathy Harriman, daughter of the U.S. ambassador to the USSR Averell Harriman, and Anna Roosevelt Boettiger, FDR’s 38-year-old eldest child and only daughter. Even Lavrentiy Beria, chief of the Soviet secret service, the NKVD, brought along his son, Sergo. This well-researched, well-written, and evocative book tells the story of the conference through the eyes of Sarah, Kathy, and Anna, with extensive use of their contemporary correspondence, and then briefly tracks their stories through to their deaths.

The interrelationships of the three British and American families are well-explored by historian Catherine Katz, who has worked hard in all the relevant archives. At the risk of sounding like recapping the plot of a Downton Abbey-style soap opera, Sarah Churchill was married to the comedian Vic Oliver but in love with the U.S. Ambassador to the United Kingdom, Gil Winant; Winant’s successor as ambassador in London, Averell Harriman, was married to Marie Whitney but in love with Churchill’s daughter-in-law, Pamela Harriman, who also had love letters written to her by two other delegates at Yalta, including Marshal of the Royal Air Force Sir Charles Portal; Eden was married to Beatrice Eden but later fell in love and married Churchill’s niece, Clarissa Avon. Katz is adept at placing these and many other relationships in those highly politically and sexually charged wartime days in their proper social and chronological contexts.

“Stalin was a merciless and wily autocrat,” Katz writes, “but Churchill was willing to believe he would be a man of his word.” It was true. “If only I could dine with Stalin once a week,” Churchill said with unusual naïveté, “then there would be no trouble at all.” There was always something profoundly sinister in Stalin choosing the Livadia Palace in Yalta as the venue for the last Big Three conference of the European war, and in where he chose to house President Roosevelt. It had been the summer residence of the Romanovs where Tsar Nicholas II’s young children had enjoyed holidays. When you go there today, you can see the bedrooms of the young Tsarevich Alexei and his four sisters; indeed, Grand Duchess Olga celebrated her 16th birthday in the white ballroom downstairs. The whole place is redolent of the happy young family whom the Bolsheviks then murdered in cold blood with bullets and finished off with bayonets on the orders of Stalin’s Politburo comrades in 1918.

None of these connections deterred the American diplomat Alger Hiss from working for Soviet Intelligence throughout the conference. FDR’s confidant Harry Hopkins intended to make Hiss secretary of state if Roosevelt died before the 1944 elections and if Hopkins had been elected president.

Although Anna Boettiger hadn’t been told precisely what was wrong with her father’s health—he was only two months away from dying of acute congestive heart failure—neither had anyone else. “But Anna was no fool,” the author points out. “There had to be a reason why her father was taking new medications, why his diet now closely resembled that of her toddler, and why the new doctor insisted FDR work no more than four hours a day.” When she was eventually told the truth by the young Bethesda Naval Hospital cardiologist Howard Bruenn, she in turn told no one, not even her mother, Eleanor Roosevelt.

For all its horrible imperial connections, the 116-room palace was still smaller than the 10,000-square-foot Arden House in the Hudson River Valley in which Kathy Harriman grew up, the daughter of America’s fourth-richest man. “Puff” Harriman, as she was nicknamed, turns out to be the toughest of the three women, all of whom worshipped their fathers. Katz rightly does not argue that Yalta was a defining moment in any of the three daughters’ lives, nor that they influenced the conference in any way, but she has produced a new, absorbing prism through which to view the tragedy that was Yalta.

Andrew Roberts is the author of several books, including, most recently, Leadership in War: Essential Lessons from Those Who Made History (Viking). 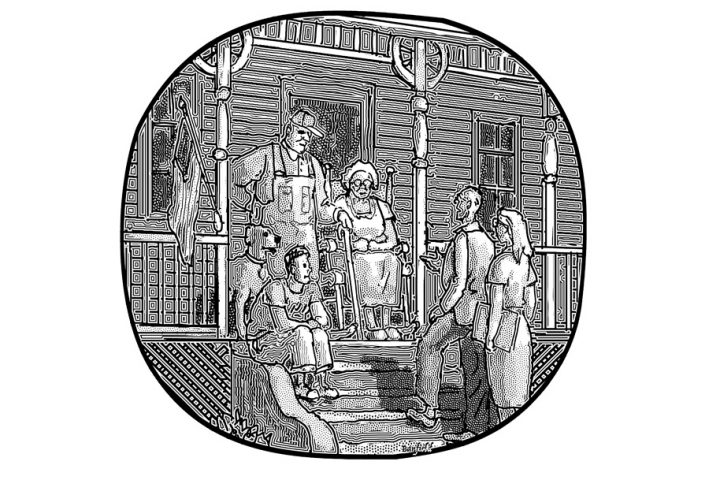 by Michael Barone
The Democratic Party must show more respect for people like the Trump Democrats. 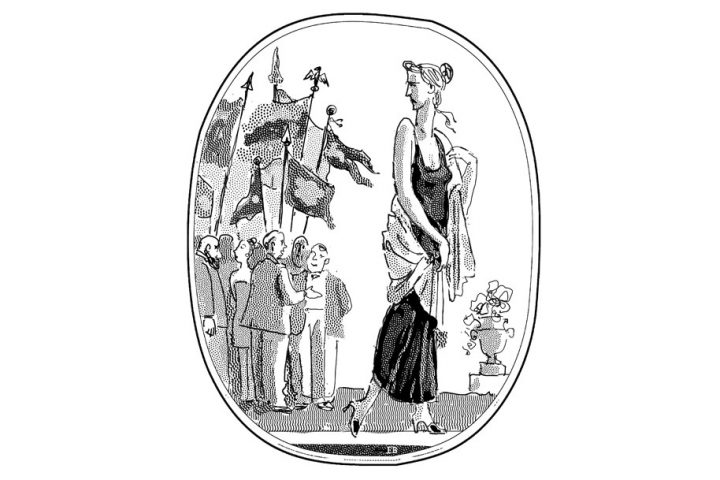